With little effort, Julie Bialkowski can access the sights, sounds and moods of that life-changing weekend 21 February's ago.

And, of course, the highly potent combination of ecstasy and exhaustion.

“The first 12 hours are super fun. But by hour 38 ….” Bialkowski said, grimacing at the thought. “By the end, you’re physically numb – simultaneously numb but electric.”

“It is like training for a real marathon or grueling athletic event,” he said. “As other dancers will attest, when you reach the point of hallucination, it is a very low point because there is this loss of control, as well as the shooting pains throughout your lower body. … But the high points were very high.”

Bialkowski and Tabatabaie are speaking the shared language of a very exclusive club -- Penn State alumni who have danced in the annual Penn State/IFC Panhellenic Dance Marathon, aka THON.

Tabatabaie, a Penn State Scranton alumnus and current member of the campus Advisory Board, danced at THON in 1998. Bialkowski, an enrollment specialist in the campus’ Admission office, did hers the very next year.

This weekend, the campus will be represented at THON by a record-four dancers -- senior David Jobs, senior Alicia Santarsiero, sophomore Lauren Rzucidlo and freshman John Squatrito. They will join more than 700 other Penn State students from throughout the commonwealth who will spend 46 hours on their feet raising money for Four Diamonds at Penn State Health Children’s Hospital in Hershey. Since its inception in 1973, THON has raised more than $168 million for families affected by pediatric cancer.

In addition to the fundraising totals, various aspects of THON have changed since Bialkowski and Tabatabaie’s dancing days. While their dance marathons were held at Rec Hall, the event has since relocated to the much larger Bryce Jordan Center. And, it’s now two hours shorter than the 48 they were required to remain on their feet.

That said, the experiences collected by this year’s THON dancers are bound to be as memorable as the ones Bialkowski and Tabatabaie continue to fondly look back on all these years later.

“Certainly, it is one of the defining events of the greater Penn State experience,” said Tabatabaie, like Bialkowski, a 1999 University graduate.

I can't say that I necessarily wanted to stand for 48 hours straight, but the challenge of doing it and the reason behind the event propelled me forward. And I would have to say the positive reactions from community members who contributed and training for the event were very inspirational.”

“THON gave me professional experience, it gave me friends, it gave me an appreciation for what it must be like to be a parent caring for a sick child,” Bialkowski added. “It gave me confidence when I left Penn State and was looking for my first job and thinking, ‘This is really hard, but I stood on my feet for 48 hours, so if I could do that I guess I can do this.’ It gave me so many things, and I am definitely indebted to it.”

After spending his first two years at Penn State Scranton, Tabatabaie headed to University Park in the fall of 1997. By then, though, the economics major had already developed an interest in THON through his Student Government Association (SGA) involvement.

“As a student and idealist looking to do something great and worthy, THON was a natural attraction. I was very aware of the challenge to raise funds and, if possible, in participating in the 48-hour non-stop dance marathon,” said Tabatabaie, a real estate professional who recently established the Tabatabaie Family Math and Science Award at the campus.

As academic affairs director of the Council of Commonwealth Student Governments (CCSG), Tabatabaie had a chance to secure one of the group’s two dancer slots that year, assuming he could raise enough money.

In the end, Tabatabaie and CCSG’s president were the two top fundraisers. Thrilled, yet responsible, he then spent the ensuing weeks training for the endurance test.

Of course, all the training in the world couldn’t have completely prepared him for the size and scope of the actual event.

“I was very excited. How could you not be?” Tabatabaie said. “Thousands of people were there. It was a carnival type of atmosphere. Other students did exactly what you did to be there, and all of the students who were there were idealists, too.”

Many elements of that weekend continue to stand out, he said, from the singing and dancing to the live performers on stage who encouraged the dancers to chant that year’s theme -- “(Loud clap, loud clap) Penn State, ’98!”

And thank heavens for the students serving as morale volunteers – without them, many of the dancers wouldn’t have been able to finish, Tabatabaie said.

Of course, he finished, although the final hours were particularly grueling. Nonetheless, he only rested about five minutes the entire weekend.

“And that was on the toilet half asleep,” he said with a laugh. “I was careful not to get a massage because then it breaks your momentum and it messes with your mental toughness -- at least that was my philosophy.”

Perhaps the most special part for Tabatabaie was interacting with the pediatric cancer patients and their families. Putting a name and face to those kids made the experience “real and motivating,” he said.

Because of that aspect, he’s hardly surprised by how much THON has grown in recent years.

“Students have a way of making the world better when they put their hearts and minds towards a noble endeavor. THON is a very noble endeavor,” Tabatabaie said. “It really is worth your time and energy to be involved with THON, especially as students.”

Arriving at University Park as a freshman in the fall of 1995, Bialkowski had no idea of THON’s existence.

One day on campus, though, she came across someone wearing a THON T-shirt.

“I thought to myself, ‘I’d like one of those T-shirts for myself,” Bialkowski said with a laugh. “Being a freshman at University Park, I was trying to find my niche.”

Not long after that, she reluctantly agreed to join a service sorority that a few of her friends were starting from scratch. That Greek connection provided her with the needed entryway into THON.

That winter, Bialkowski made her THON debut as a morale committee member. Assigned to two dancers, she spent the weekend getting them food and water, rubbing their feet and offering endless words of encouragement.

By weekend’s end, she was hooked.

“It was the first thing I got involved with there that really fit,” Bialkowski said. “Those dancers were my responsibility. I had never been responsible for myself, never mind other people. And just that atmosphere of Dance Marathon -- staying up all night, getting matching T-shirts, being part of a team. I just got the bug.”

The next year, she was part of THON’s public relations committee -- a natural role for her, considering she was majoring in PR and advertising.

Fortuitously, that happened to be the 25th anniversary of THON. She and the rest of the PR team put together a commemorative THON yearbook, and enticed national media to cover the event. That weekend, reporters from “Good Morning America” and USA Today showed up, while David Letterman recorded a special THON version of his iconic Top 10 List.

“That took it to a level of, ‘Hey, this actually relates to what I want to do with my life,’” Bialkowski said. “This is what Penn State does for people. I’m hosting national media, and all I wanted to do was make some friends.”

Still, for all her involvement, Bialkowski didn’t see herself as a THON dancer. But when senior year rolled around and her sorority needed a fourth dancer, she volunteered -- again reluctantly.

“Being a dancer kind of scared me, and not just because of the physicality of it,” said Bialkowski, whose husband also danced at THON. “It was odd to be receiving the attention and the help, as opposed to giving it.”

After months of fundraising – she recalls several coin drops on the streets of Pittsburgh – Bialkowski took her spot on the Rec Hall floor.

There, she met the little boy she was dancing on behalf of. Her parents also made the trip from their home in Old Forge -- her mom was a little disappointed that the barriers separating the floor from the stands prevented them from spending more time together.

Bialkowski and her dance partner had the name “Margaritaville” etched on the back of their shirts. “He liked Jimmy Buffett, and I liked margaritas,” she said with a laugh.

The hours afterward were a swirl of activity – line dancing, massages and Mr. McFeely from “Mr. Rogers’ Neighborhood” delivering inspirational letters to the dancers.

“I can remember being really grateful for the guys from the fraternity we were partnered with. They would turn us upside down, so the blood would drain from our legs,” Bialkowski said. “People would hold me on their backs and carry me around. People would bring me Wendy’s baked potatoes. There were people in the bathroom to make sure you didn’t go to sleep.”

The good vibes lasted until roughly Sunday morning, when the sleep-deprived Bialkowski despaired at the sight of the sun shining through the Rec Hall windows for the second time.

“You’re awake, but your speech is slowing down. Your reflexes, your reactions -- you kind of lose control of your emotions,” she said.

Eventually, extreme mental and physical fatigue gave way to blissful gratitude as THON came to its merciful conclusion. Triumphant, Bialkowski reclined on the gym floor as she listened to the final fundraising numbers.

Then, her legs swelled, to the point where a friend had to give her a piggyback ride from Rec Hall to her Beaver Terrace apartment.

Now, more than two decades removed from her THON experience, Bialkowski remains a staunch supporter of the cause. Though she hasn’t been to the event in years, she and her family members still make annual donations.

In her mind, it’s the least she can do, given all THON has done for her.

“Even today, working for Penn State, the rewarding part of my job is I get to help students become a part of a community that did so much for me,” Bialkowski said. “I can tell them they should come to Penn State, and mean it, because I know what Penn State can do for them. For me, THON is one of those big opportunities that Penn State gives to people.” 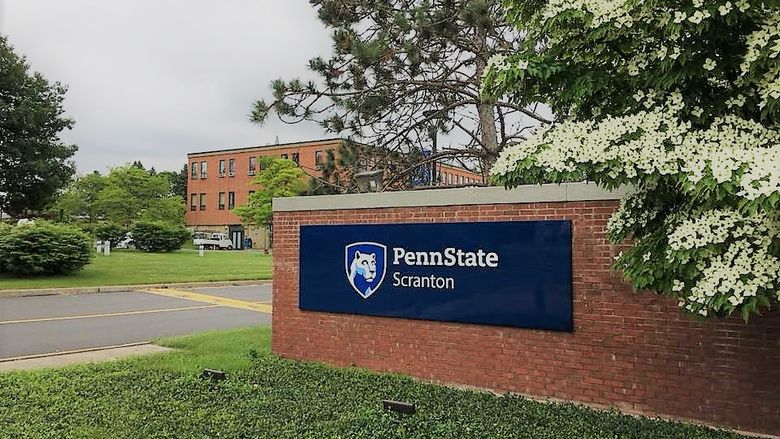 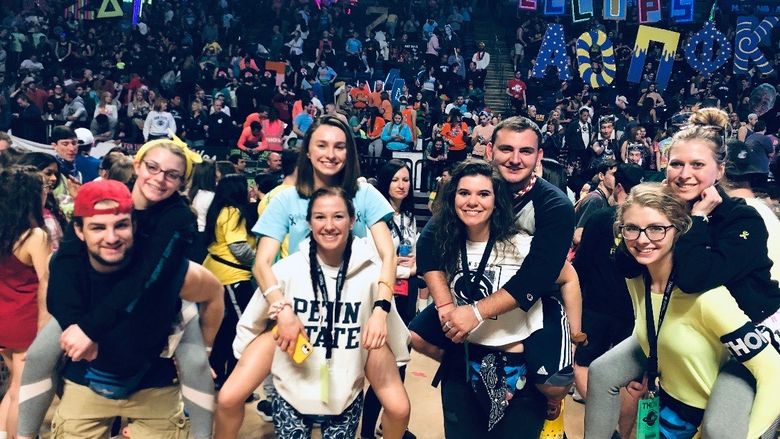 They did it! And made THON memories to last a lifetime! 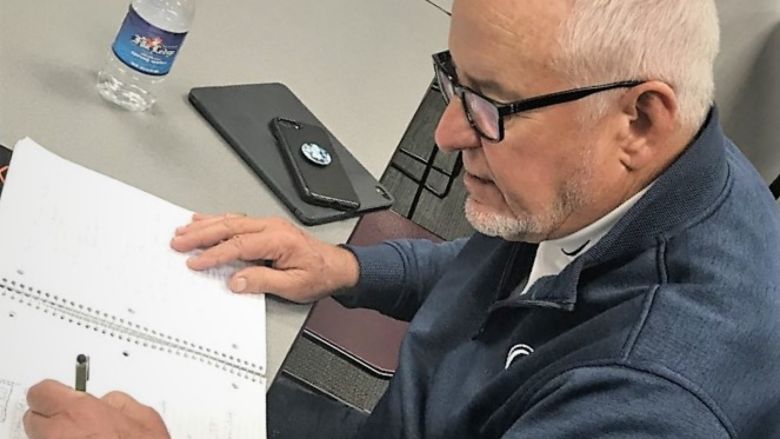