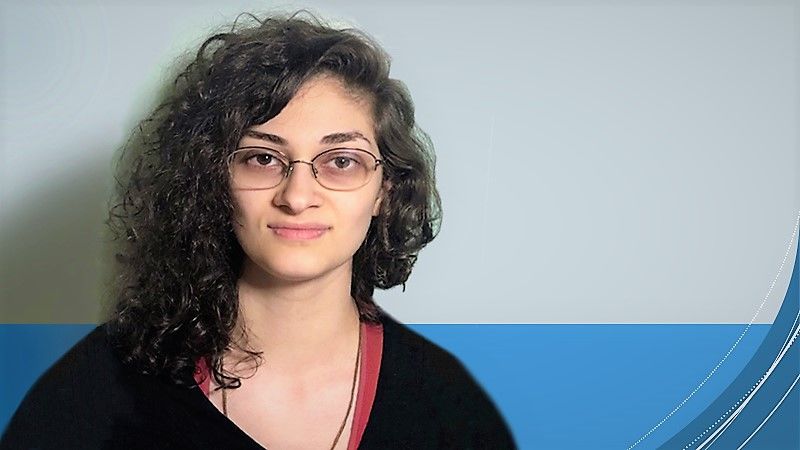 Maria Veniamin, a home-schooled student and corporate communication major, says her experience at Penn State Scranton has been "amazing so far."
By: Josh McAuliffe

DUNMORE, Pa. – From an early age, Maria Veniamin realized her best route to receiving a rich and varied education was through home schooling.

As her high school years came to a close, she was tasked with another important decision – finding the right college. In the end, Penn State Scranton proved the best fit, and she couldn’t be happier with the results.

A junior majoring in corporate communication and minoring in business, Veniamin spent the bulk of her pre-college years being home-schooled under the direction of her parents. That background prepared her well for collegiate life, especially for a smaller campus environment like Scranton, she said. And, when the campus transitioned to remote learning last spring due to the COVID-19 pandemic, Veniamin was well-positioned to make the transition.

“My experience has been amazing so far. The campus was close to home, and it was small, so it wasn't overwhelming for me and meant that I would be able to get to know my professors,” said Veniamin, 23, of Waverly Twp. “I definitely feel like my home-schooling education prepared me for college. With home schooling, I got to outline my own day, and as long as I finished all of my work on time, I could work at my own pace. Because of this, I have gained a great skill in time management. This is what college feels like to me. I would recommend Penn State Scranton to any students that have been home-schooled.”

Home-schooled students like Veniamin have become a highly valued demographic for colleges in recent years, and their ranks appear to be on the rise since the start of the COVID-19 pandemic. According to a recent survey conducted by EducationWeek, nine percent of parents who didn’t home-school their children during the 2019-20 school year decided to home-school them for at least some of the current school year. And the National Home Education Research Institute believes the number of home-schoolers could rise by 10 percent before the end of this school year.

“The best part of the pandemic is the fact that we can reach students who are in our service area, including home-schooled and cyber learners, because we are also working remotely,” Feather said. “Every year, we advertise with the NEPA Homeschool Association. And, we’re now promoting all of our recruitment activities for future as well new students virtually.”

Aside from attending pre-school in Greece and fifth and eighth grade in American public schools, Veniamin spent the vast majority of her K-12 years being home-schooled. The choice was entirely her own, she said, noting one of her sisters opted for four years of public high school. As she saw it, home schooling was ideal because it would allow her to learn “at my own pace in a safe environment.”

Veniamin’s education was overseen by a home-schooling organization that allowed her parents to design her curriculum so long as they satisfied certain criteria. Her mother served as her primary teacher, while her father pitched in with instruction when he could.

She learned to speak Greek and German and studied a broad spectrum of world history. Artistically inclined, she also took pottery and cake decorating classes out in the community, including at the Abington Art Studio, where she made an eclectic group of friends from various age groups and backgrounds.

People often assume that Veniamin missed out on a lot because she didn’t have the traditional high school experience. However, she’s quick to refute that assertion.

“I can only speak from my own experiences, but my schooling was amazing. I’m very happy to have been home-schooled,” Veniamin said. “My dad is a graduate of the University of Oxford and my mother the University of London, so they were both well equipped to teach me. I think that I got a better education learning from my parents than I could have if I spent my entire time in public schools. I learned so much, and I feel that my education was richer and more robust than what would have been available to me. I was not stuck at home inside all day, but out in the world exploring and learning. My classroom was the world, and my experiences were real-world ones.”

After completing her high school studies, Veniamin took two gap years to decide her next move. One day during this period, she had a conversation with a man at her church who began talking up Penn State Scranton. Not long after that, a family friend also mentioned the campus as a potentially good option for her.

Veniamin was intrigued, so the friend’s mother, a former campus Advisory Board member, arranged for Veniamin to meet with Chancellor Marwan Wafa.

“Dr. Wafa was so welcoming and asked me what I wanted to do with my future. We had a wonderful conversation,” Veniamin said. “I am still so grateful that I had the chance to talk to the chancellor before making the decision to come to Penn State Scranton, because it made the application process feel more like I was going to go to a campus that was open and welcoming, where I knew the chancellor before I even knew my professors.”

From there, Veniamin and her mom toured the campus with Senior Admissions Counselor and Enrollment Marketing Specialist Julie Bialkowski, who like Wafa was “very welcoming and warm,” according to Veniamin. By tour’s end, she said, “I knew that I belonged here.”

The campus hasn’t disappointed in the least. Veniamin loves her major, and the fact that her professors are so dedicated “to my success and education.”

“The corporate communication major is where I feel most comfortable academically because of its focus on people and communication. I have been taught how to negotiate, how to be media literate and how to be a leader, among many other skills from the classes that I have taken,” said Veniamin, who would eventually like to pursue a career in corporate training or consulting.

Meanwhile, she’s made it a point to become heavily involved in extracurricular activities, serving as a Lion Ambassador, a head peer mentor for the First-Year Seminar (FYS) program for new students, and former president of the Corporate Communication Club.

“I love that the campus has so much to offer. And I love so many of the events, especially Karaoke Night!” she said.

Associate Professor of Human Development and Family Studies Raymond Petren has worked closely with Veniamin in his capacity as program coordinator of FYS. As one of the program’s two head peer mentors, Veniamin brings abundant “energy, confidence and a real sense of care” to her role, according to Petren. And, she’s simply “a joy” to work with, he said.

“Maria’s growth as a student leader has been remarkable. While this growth is partially attributable to the opportunities and support that are provided to students at Penn State Scranton, Maria has made the most of her opportunities with a penchant for getting engaged and embracing new challenges with an openness to learning and growth that is uncommon among her peers,” Petren said. “While stereotypes might suggest that home-schooled students have fewer opportunities for socialization coming into college, Maria’s journey sets the example for how to make the most of an undergraduate education through engagement and leadership. We often joke that we don’t want Maria to leave, but it’s exciting to know that she will leave here ready to make a strong contribution to society.”

Indeed, Veniamin is confident her home-schooling foundation will continue to serve her well in the future.

“Being home-schooled is not a limitation of school and social life, but an expansion of it. Because of this, I am independent and able to manage my time on my own,” she said. “I will always be grateful to my parents and to everyone who was involved in my schooling for shaping me into the person that I am today.” 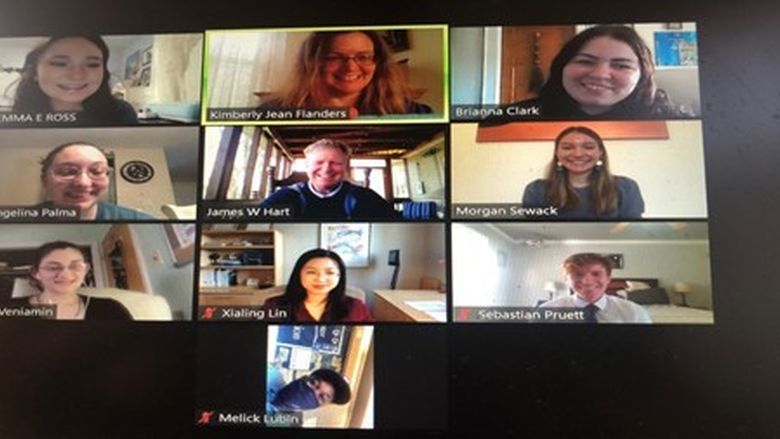