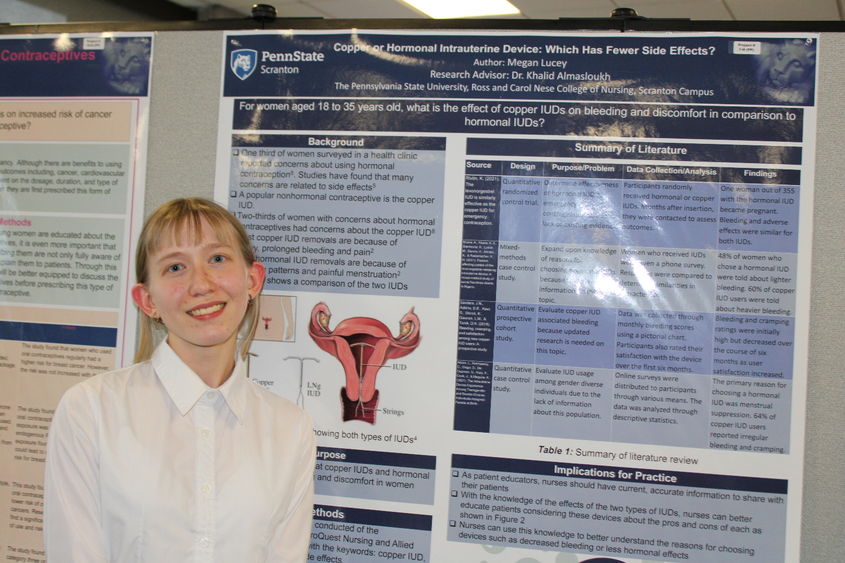 Third-year nursing student Megan Lucey, shown here at Penn State Scranton's 2022 Undergraduate Research Fair, where she presented a research project of her own, credits the campus' PaSSS program with helping her become a more successful student.

DUNMORE, Pa. — Every summer, Penn State Scranton offers the Pathway to Success: Summer Start (PaSSS) program, which is specifically for Commonwealth Campuses and designed to support students to make an early transition to Penn State University. Select campuses across the state started offering the program in 2015.

Students at those select Commonwealth Campuses are provided with the tools and resources needed to increase the likelihood that they will graduate and earn their Penn State degree on time, or even early in some cases, with less loan debt.

According to Penn State Scranton Associate Director of Learning and Disability Services and PaSSS coordinator Eileen Giovagnoli, the program started being offered after a few years of offering the Summer Bridge program, which had an English and math academy as well as success sessions to help incoming students with the transition to college life.

“Five years ago, the campus was selected by the University to participate in the PaSSS program,” Giovagnoli said. “This allowed us to expand our summer programming and to offer scholarships for summer courses and provide funding for on campus employment in addition to the well-established academic and success academies.”

In the first summer they participate in the progam, students enroll in two general education classes for a total of six credits and scholarship support of $2,000 ($1,000 per class). The courses complement each other and the faculty work together to provide engaging classroom and community experiences. Some of these experiences have included field trips, guest speakers and service projects in the community. All students are enrolled in the same two classes in the first year, and as a result, they get to know their classmates and professors well. There is a tutor to support each class and students can seek assistance to help them achieve success.

In addition to the early start in the first summer, returning PaSSS students can take up to four classes in the following summers with scholarship support of up to $4,000 total ($1,000 per class). Returning students can enroll in the courses of their choice, as long as they are a student at one of the select Commonwealth Campuses. Students also develop relationships with fellow students and with faculty and learn about the resources available to help them achieve success, and these relationships turn into connections and friendships that last throughout their time at Penn State.

PaSSS participants gain additional relevant experience through on-campus jobs or through funding to participate in career-related experiences or service projects. Students can request up to $2,000 in engagement funding in the second year to support them as they participate in internships, research, or community service. Students can save money through scholarship assistance for summer classes and by completing degree requirements in fewer semesters, saving both money and time. They also report feeling more prepared to start college and more comfortable to take advantage of the resources Penn State has to offer.

Nursing major Megan Lucey, now in her third year, said that she learned about the PaSSS program when she was invited to participate in it and believed it would have immense benefits for her.

“I decided to participate because I was coming to college from an online high school and wanted to get a head start with the new class format,” Lucey said. “I thought it would be a good way to get used to college classes with a lower course load and easier environment in the summer. I also liked that it was designed to help ease the transition to college.”

Through participating in the PaSSS program, students also get to become part of a learning community prior to the start of the fall semester, and one of the goals of the program is provide bonding experiences through community service projects, social programing and field trips that are relevant to the topics they are learning in their courses. Previous PaSSS classes have had scavenger hunts, ice cream socials, and trips to Philadelphia as part of their summer experience.

Alvin Binu enrolled in the PaSSS program because he was offered a scholarship to participate, which is what drew him in.

“The PaSSS Program offered me two general education classes, which I thought would be great to take early, looking at the fact that the major-oriented course load intensified in the third and fourth years,” Binu said.

Lucey said that being enrolled in the program has helped her in an academic sense, as well as a social sense.

“The program benefited me academically by allowing me to figure out how to study for college courses before beginning the harder classes I had in the fall semester. I also got the chance to get to know staff and resources better during the summer, when campus was not as busy,” Lucey said. “Socially, the program helped me get to know people in a calmer and less crowded environment than campus in the fall when it was busier. I got to know other people in my major, which helped me have study partners in my fall courses.”

Binu echoed this sentiment, stating that the program took a weight off his shoulders as he looked toward his future. He also said that the program introduced him to Giovagnoli, who then welcomed him into the Learning Center as a math tutor.

“I was able to meet the faculty of Penn State Scranton, along with my classmates,” Binu said. “Having been exposed to fellow classmates helped me to be less stressful about my start to my college career.”

Students not only participate in the program, they end up helping others

After her first year as a PaSSS student, Lucey then decided to become a tutor for the PaSSS students that came after her. She said this was a very rewarding experience getting to mentor these students as they started to transition to college life.

“When I was in PaSSS I felt inspired by the upperclassmen I met and was mentored by, so in becoming a tutor I hoped to have the same effect on the students I was able to mentor and tutor,” Lucey said. “I think I was able to benefit them through knowing what it was like to participate in the program and take the courses they took in the summer, and I hope that my leadership was able to benefit them by allowing them to feel more comfortable with the transition to college.”

Binu followed the same path as Lucey did, becoming a PaSSS tutor for the students that entered Penn State Scranton after him. He said he is grateful for the opportunity to have been a PaSSS tutor and saw personal growth from being a PaSSS student to then becoming a tutor.

“I was excited and had a great time tutoring PaSSS students this past summer,” Binu said. “I feel that I was able to give them the assurance that they're making a crucial step towards achieving success as college students.”

PaSSS credited with helping ease the transition to University Park

Binu, a third-year aerospace engineering major, took the jump from the Scranton campus to University Park a year early as a part of the 2+2 program. He said that his PaSSS experience has helped him immensely in his transition.

“I have been involved with the Learning Center here at University Park and the skills acquired from the Math Academy during my PaSSS Program has helped me to tutor students with similar mathematical questions as the academy,” Binu said. “Having a head start as a college student has given me the motivation and discipline to effectively handle my workload and transition to University Park.”

When asked if she would recommend the program to incoming students, Lucey answered with a resounding "yes."

“It is a big help for transitioning to college, and I would not be as successful if I did not participate in the program,” Lucey said. “With PaSSS I was able to transition to college smoothly and set a foundation for my learning before I began my fall courses. The program is built to help students succeed and be as ready as possible for college classes. It is a huge benefit to participate in the program.”

Binu said he would definitely recommend the program to eligible students — for a multitude of reasons.

“I believe that all students offered the PaSSS Program should make maximum use of it,” he said. “It will help you have a greater understanding of, and give you a head start on, college life as it will be, with a relatively lower number of your classmates,” Binu said. “You will have the opportunity to find your potential best friend from the PaSSS Program due to its nature, and all of the activities definitely help you in understanding the college culture.

“I was able to make use of the PaSSS Program to its fullest, as I received scholarships for the summer of my first year and also my second year, as I decided to take some courses over the summer again,” Binu stated. “The PaSSS scholarship really helped me financially and I was able to get on track to finishing my major in three years rather than four. I firmly believe that the PaSSS program will definitely have a positive impact on any student.”

How can a student enroll in the program? If a student has received an invitation to the program, they can return the completed pre-enrollment form as soon as possible to the Penn State Scranton admissions office. Students will then meet with an adviser to discuss the program in more detail. Participation is limited and on a first come first served basis.

If a student did not receive an invitation but would like to be considered for the program, or has questions regarding the program, please contact Giovagnoli at 570-963-2678 or by email at [email protected]. 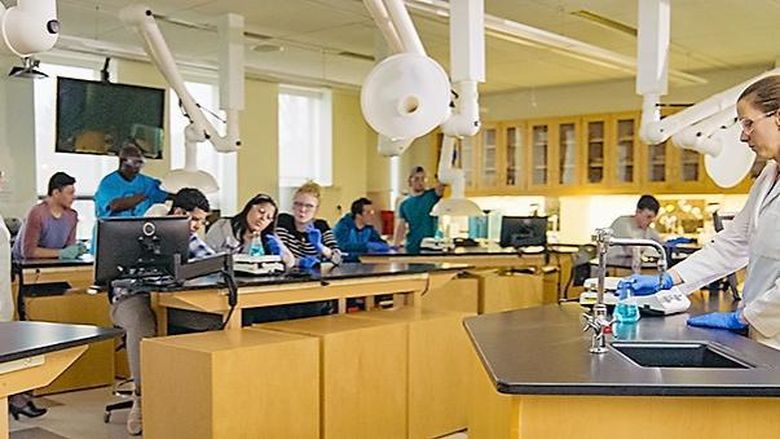 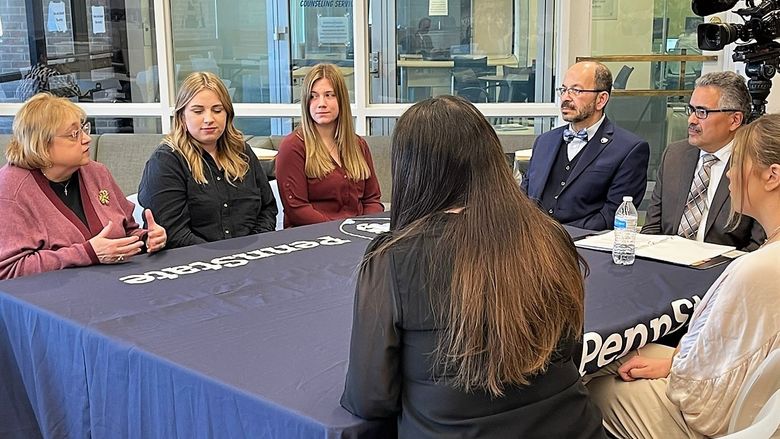 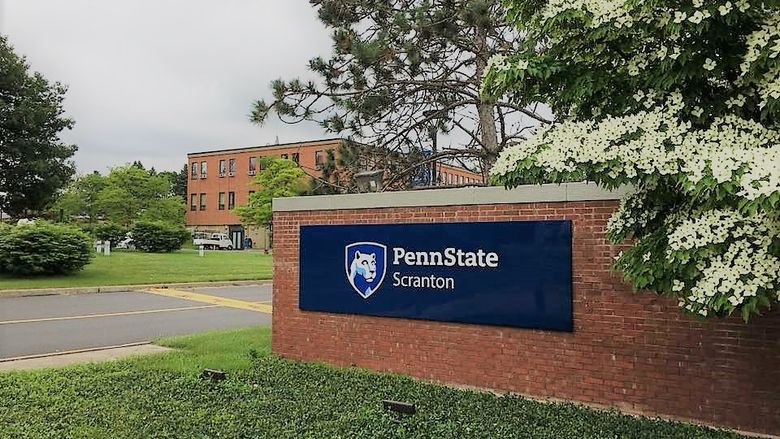 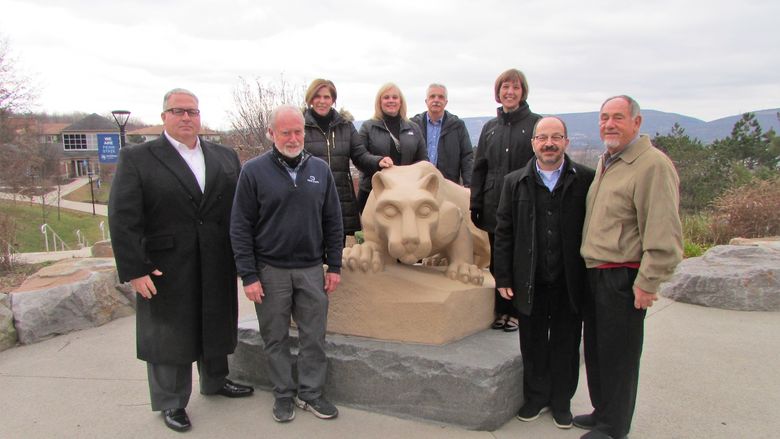