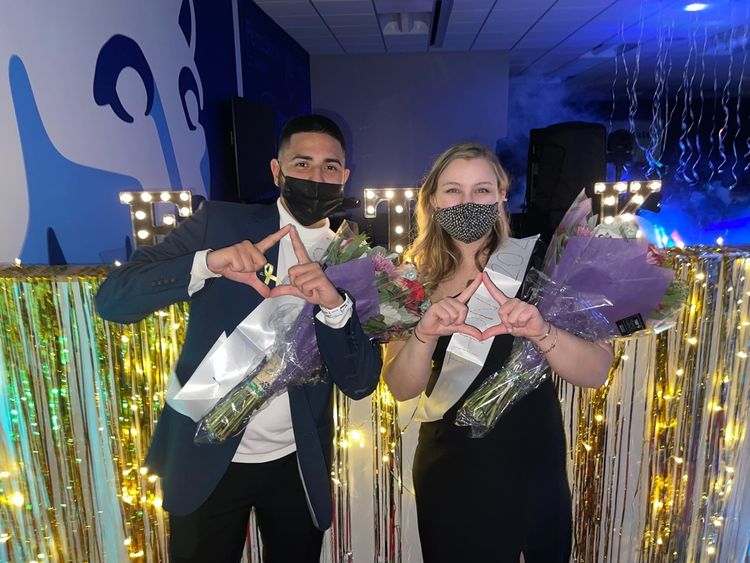 Penn State Scranton's 2022 THON dancers Deyniel Desarden-Ruperto and Natalie Schield, announced at last month's Dancing 4 Diamonds THON Prom at Penn State Scranton, are heading to University Park on Thursday for THON 2022 -- where they will join other PSU students from across the state in the annual 46-hour dance marathon that raises money to fight pediatric cancer.

DUNMORE, Pa. — Just a few weeks after being announced as this year’s Penn State Scranton THON dancers, Deyniel Desarden-Ruperto, a fourth-year corporate communication major, and Natalie Schield, a fourth-year information sciences and technology (IST) major, will head to University Park to represent the campus at THON from Feb. 18 to 20 at the Bryce Jordan Center.

Nicole Paolicelli, student activities coordinator; Dharti Ray, coordinator of co-curricular programs; and Julia Egan, coordinator of diversity, equity, and inclusion will join about 30 other employees and students to cheer on and support Desarden-Ruperto and Schield during the 46-hour dance marathon that raises money for children and families fighting pediatric cancer.

Paolicelli explained that there are numerous factors that play into the selection and interview process for a student to be considered as a THON dancer.

“When selecting a dancer, the committee considers various things: how many events have they volunteered at for the year; their efforts in helping raise money; and, most importantly, we look for candidates who truly are passionate about the mission of THON,” Paolicelli said.

She also said that “one of the questions in the interview is ‘What does THON mean to you?’ and although it may seem ‘simple’ to answer for some, that can be one of the trickiest questions to answer because this is where we look for true and honest passion to shine through.”

Paolicelli praised Desarden-Ruperto, who also serves as vice president of the campus' Student Government Association, and his efforts as an active member of the THON team this year, saying, “he showed up to just about every event we had, goes out of his way to help with any of these fundraising events and has proved to the committee he is passionate about helping previous kids, current kids and future kids.”

Desarden-Ruperto said that he applied to be a THON dancer this year because of the mission of the THON movement.

“I applied to be a THON dancer because I wanted to be part of the experience and also wanted to serve as a motivation for the kids that go through a lot because of cancer.”

Paolicelli lauded Schield for her work as a consistent member and the family relations captain for the campus THON committee, helping with the team’s fundraisers and events.

Schield said that from the moment she applied to be a Penn State student, she wanted to be involved with THON, but more specifically, be a dancer during her fourth year. She said she is honored to be attending this year’s event, especially after almost two years of pandemic life.

“Over the course of the year, we were not sure if THON would even be held in person,” Schield stated. “Knowing next week Danny and I will be leaving for THON is exciting and something that feels like semi-normal, pre-pandemic life is returning.”

When the two dancers were asked how they would be preparing to dance for the entirety of the weekend, Desarden-Ruperto stated that hydration will be key to his success.

“I don’t drink that much caffeine, I usually drink water or different types of juices,” Desarden-Ruperto remarked. “But I have been drinking more water than usual, since this is an event that I know is going to be decided on how hydrated you are going to be during the whole 46 hours, so hydration is really an important aspect of my preparation for THON.”

Like Desarden-Ruperto, Schield stated that she has been preparing for THON by drinking more water and focusing on hydration. “I have been cutting out as much caffeine as I can, and drinking more water each day,” she said. “Staying hydrated in the BJC is essential to getting through the 46 hours.”

THON Weekend 2022 will be the first time in two years that Penn State students and staff will be traveling to University Park to hold the event fully in-person, with the last time being in 2020.

Desarden-Ruperto is honored to be a THON dancer this year. “Even before and after the pandemic, I believe I would have been honored to be part of THON as a dancer because the mission on helping to find a cure for childhood cancer never stops,” he said. “But it is a whole different experience when it’s in person, so I am very motivated and excited to start.”

He said he ‘THONs’ for many reasons. “I THON for more smiles, I THON to help find a cure for cancer, but most importantly I THON for every child that goes through cancer because I want to make sure they know they aren’t alone in this fight.”

When asked what THON means to her, Schield said that it is one of the greatest causes a student can be a part of during their college career. She remarked that THON “teaches you to stay humble and stay determined. In being a part of this, you want to keep children smiling and knowing they have a greater tomorrow ahead of them.”

Schield’s stepmother works in the Frank M. and Dorothea Henry Cancer Center at the Geisinger Wyoming Valley Medical Center in Wilkes-Barre, Pennsylvania, and works with very young patients. Schield said that she uses this as motivation in her efforts for THON.

“Knowing that children are diagnosed with cancer at such a young age is heartbreaking and something no family should go through alone,” Schield said. “That’s when Four Diamonds steps in and takes any financial burden of a family and provides as much support as we can.”

For the fourth year in a row, Penn State Scranton has a designated child sponsor, Arelis Rodriguez. Although she cannot join the campus community at the Bryce Jordan Center for the event, she will be in contact with the chaperones, but more importantly, in the thoughts of the dancers. Desarden-Ruperto said he is dedicating his 46 hours to Arelis.

“I am doing this for you, and I will make sure that you are my motivation for all those 46 hours,” Desarden-Ruperto declared to Arelis. “Since you won’t be able to be with us unfortunately, your name will be on my shirt instead of mine so you know that I will always be thinking about you.”

Schield said that Arelis is a big inspiration for her to stay motivated and involved in THON, and she encourages any student at Penn State to get involved with the cause in any way possible.

“I encourage anyone who attends Penn State to get involved with THON as much as they can. It’s been something where I can put myself out there and meet so many people along the way," said Schield.

One way individuals who are unable to directly participate in THON can help make a difference is by donating to the cause. This year, the campus’ THON fundraising goal is $15,000 and after some recent events, including the hugely popular Designer Purse Bingo held on Feb. 6, they are well on their way to realizing that goal. This next week will be critical in terms of raising the additional funds needed to meeting their goal, those who wish do to so may visit this link. 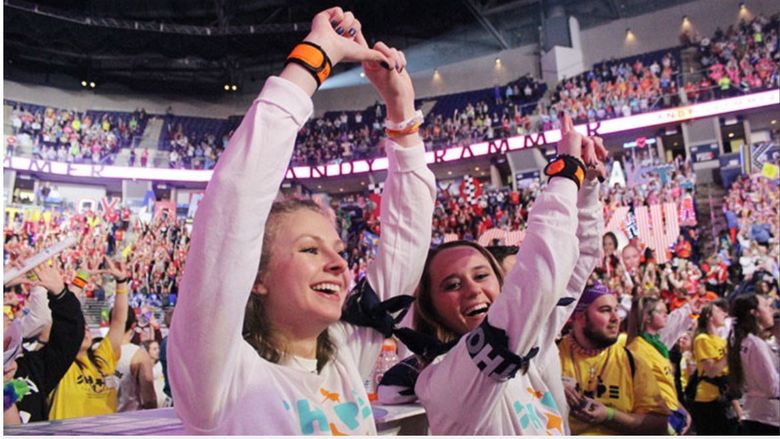 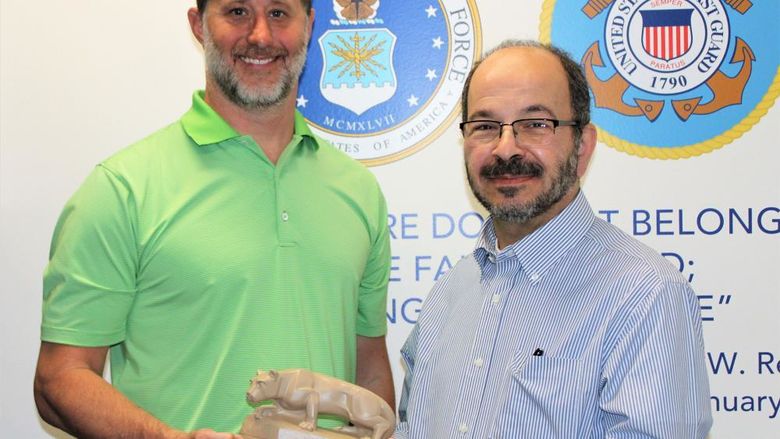