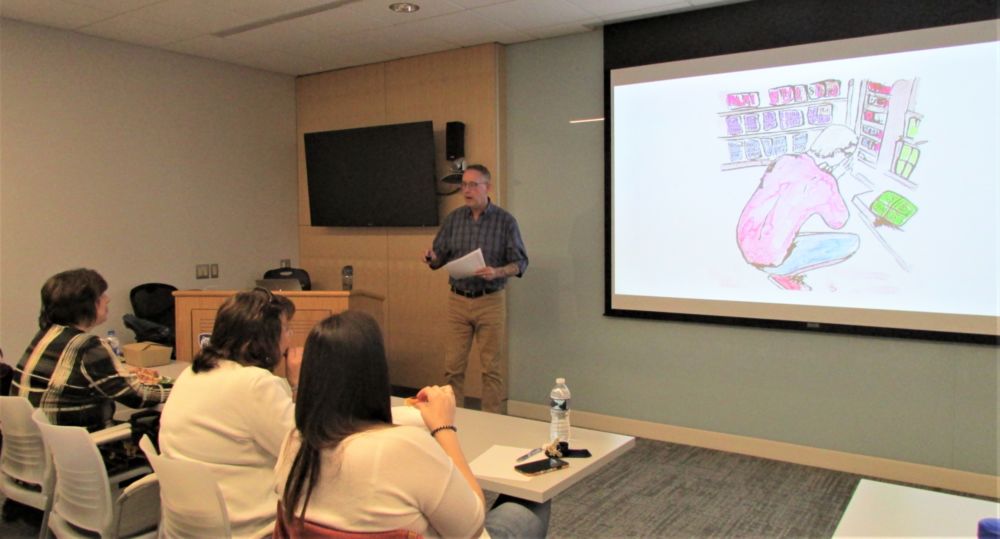 Penn State Poet Laureate William J. Doan, professor of theater in the College of Arts and Architecture and artist-in-residence in the College of Nursing, shares some of his personal experiences with anxiety and depression during his recent appearance at Penn State Scranton.

Millions of Americans suffer from anxiety and depression, but lingering societal conventions surrounding mental health make it difficult for people to talk about their struggles in meaningful fashion.

Doan, the current Penn State Laureate, brought his highly compelling “The Anxiety Project” to Penn State Scranton on Thursday, Oct. 24. In front of a standing-room-only crowd of students, faculty and staff, Doan provided honest, intelligent, deeply poignant and often humorous insights into his lifelong struggle with anxiety and depression.

As part of the duties of the laureate position, Doan is taking “The Anxiety Project” to Penn State campuses throughout the commonwealth. The full project features 300 drawings and four graphic medicine publications in the Annals of Internal Medicine, as well as the 50-minute live presentation that Doan performed for the Scranton campus community. The talk was accompanied by a slide show featuring 127 of Doan’s striking, abstract illustrations, many of which depict him in various states of duress.

Doan started off the presentation with a darkly funny recollection of how the seemingly endless choices of the toilet paper aisle at Walmart sent him into a full-blown panic attack.

Doan noted that while anxiety is the most common form of mental illness, plenty of people keep their issues to themselves. For many years, he was among those people. Inside, though, “I was slowly dying,” he said as he displayed a drawing of himself as a skeleton.

One of the keys to dealing with his mental health, he said, was allowing himself the vulnerability to be open and honest about his struggles. Of course, he admitted, “that can be a terrifying prospect.”

“Confessing it is like undressing in front of people,” he said. “For me, hiding it for most of my life was one of the ways I survived. I learned to use laughter and smiles to hide my anxiety and depression. Eventually, though, pretending became lying. … But, my health, my well-being, requires me to tell the truth.”

His evolution on the subject also included rigorous research on the physiology of mental disorders and their root causes. Genetics plays a role, no doubt, but so do the power imbalances and inequality associated with coming from a lower socio-economic background.

With that, Doan delved into his own upbringing in a blue-collar Catholic family. As a child, he was often told he was “a little odd, a little weird” because he didn’t quite conform to traditional definitions of masculinity. At one point, his alcoholic stepfather attempted to teach him to hunt, but “I nearly blew his head off,” Doan said, half-jokingly.

“Growing up, I was surrounded by men who were invulnerable, but who, in fact, were overwhelmed by vulnerability,” he said.

Several traumatic experiences also left long-term scars. One of his childhood friends died of leukemia, but young Doan was convinced it was because the kid had spit up a Communion wafer at Mass, in turn defying the literal “flesh and blood of Jesus.” Years later, a teenage Doan had to clean out a hearse that had just transported the body of another close friend who had committed suicide with a shotgun.

Not too long ago, Doan began taking antidepressants following a major depressive episode. They have helped him immensely, he said, but so has the unburdening that has come with being open about his condition.

“The Anxiety Project,” he said, is the culmination of finding “the gift of my path” and “learning to accept and be with all of who you are.”

“Maybe depression isn’t a disorder, but a signal to attend to the soul,” Doan said. “The research is clear – when we confess to someone our feelings, it helps. There is a physiological change. For me, human connection has been the best medicine.”

Established in 2008, the Penn State Laureate is a full-time arts or humanities faculty member who is assigned half-time for one academic year to bring greater visibility to the arts, humanities and the University, as well as to his or her own work. Doan succeeded 2018-19 Penn State Laureate John Champagne, professor of English and chair of the Global Languages and Cultures program at Penn State Behrend.

For more information on Doan and “The Anxiety Project,” visit williamjdoan.com. 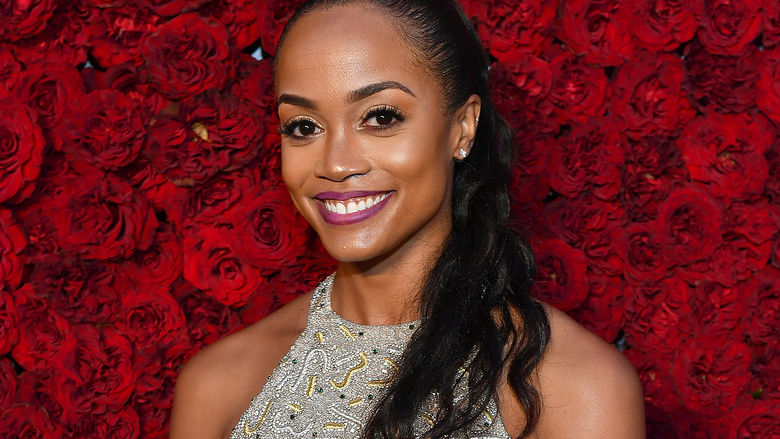 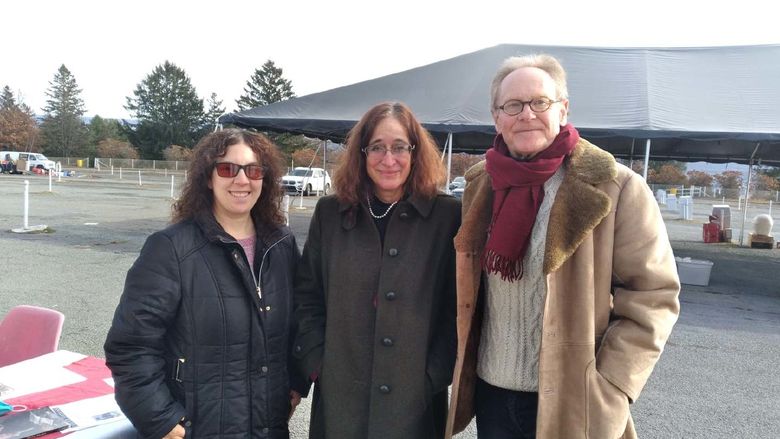