By any measure, Eric Linde has accomplished plenty during his 73 years.

But if you were to ask him about regrets, he wouldn’t hesitate to admit to one in particular – his lack of a college degree.

“Throughout my life, people have said to me, ‘Look how far you’ve gotten and you only have a high school diploma,’” he said. “But, for some reason, and I couldn’t tell you exactly why, it was eating at me for decades that I didn’t finish college. I guess you would call it one of those bucket list things.”

Eventually, he decided the time was right to make that dream a reality.

In 2017, Linde, the owner of Honesdale-based Leeward Construction and a longtime Penn State Scranton supporter, re-enrolled at Penn State for the first time since dropping out of University Park in the mid-1960s.

Expecting to complete his associate degree in business this fall, Linde has been taking most of his coursework through Penn State’s online World Campus. However, last semester, he was on campus for the Management 301 course taught by Center for Business Development and Community Outreach Director John Drake, an adjunct lecturer in business.

Linde proved to be an extremely valuable course participant, given his business acumen, Drake said.

“It’s been great having him in the classroom. For any adult student who’s had a break from the classroom and eventually decides to go back, it takes a lot of will power,” Drake said. “I love teaching in a classroom with a diverse group of students because discussions are enriched by different perspectives. Having students like Eric, who have years of work and life experiences, is very valuable, especially when they share what they have learned in a real-life application of topics presented in the classroom.”

“My first day in the class, the students were probably thinking, ‘What the heck is this guy doing here?’” Linde said. “But I found the class very enjoyable. Obviously, it’s what I do.”

Currently holding a 3.68 GPA, Linde said his studies have not only been hugely gratifying, but have also had practical implications. He and his wife, Mary Anne, are the longtime benefactors of the campus’ Linde Mentoring Program, which pairs students with professional mentors who can provide them with a real-world glimpse of their future careers.

“I’ve always believed in mentoring and job shadowing as a way to get students on the right track for their future careers,” Linde said. “Going back to school has allowed me to know more about how we should be going about the mentoring program.”

Linde first enrolled at University Park in the summer of 1964, back when Penn State was on a four-terms-a-year schedule. An engineering major then, Linde struggled in his coursework, but received “an A+ in fraternity,” he joked.

“There’s that classic story where there’s 400 students in a lecture hall and the professor says, ‘Take a look at the guy next to you, because chances are by the end of the semester he won’t be here.’ I was that guy,” Linde said.

“I was in a hurry to get out and work and didn’t see the need to further my education,” continued Linde, whose wife and two of their children are Penn State alumni.

“Also, I don’t think I belonged at University Park. But, if I had been in a setting like here at Penn State Scranton, I think I could have made it through. Because everyone cares and it’s structured and just a whole different learning experience.

"In fact, it’s one of the motivating factors of why we support Penn State Scranton -- to help give local students the chance to earn a Penn State education at a reasonable price.”

After dropping out of Penn State in 1966, Linde jumped into the family business, which was started with a few old excavating machines his grandfather had used in the region’s anthracite coal mines.

As it happens, one of his early jobs was digging the exterior plumbing lines for the campus’ Study Learning Center.

“My second-grade teacher told me if I kept fooling around, I’d be digging ditches. And that’s what I did,” cracked Linde, whose company recently installed the campus’ new multi-purpose tennis courts.

Through “a lot of trial and error,” Linde and his family built one of northeast Pennsylvania’s preeminent construction companies. Its interests have even grown to include business on the Caribbean island of Antigua, which is, fittingly, part of the Leeward Islands.

Meanwhile, Linde talked frequently about returning to college, but never made the commitment. Then, about five years ago, he had two life-changing experiences – he turned over operational control of Leeward to his son, Gary, and was diagnosed with Parkinson’s disease.

With that, he decided to head back to the classroom.

“I said to myself, ‘I’m going to complete the turnover of the company, and then I’m going to do this,’” Linde said. “And, I figured coming back to school would be a good way to keep my mind sharp with the Parkinson’s.”

Going into his first semester, Linde admitted he was “a nervous wreck.” But, after taking a computer course and receiving an accommodation to get extra time on tests from Penn State Student Disability Resources, he felt much more comfortable with the coursework.

He typically takes six to eight credits per semester. There have been plenty of late-night writing and study sessions, but for the most part he has found the courses to be both challenging and fun. He aced his first accounting course to the point that the professor advised him to “consider a career in it.”

That said, some things have proven to be more frustrating, among them the highly complex theories of a statistics course he took last summer. He took the final exam while camping in Maine, then promptly hurled his textbook into the fire that night.

Drake said he enjoys having adult learners like Linde because, unlike most younger students, they tend to get the cultural references he throws out in class. Kidding aside, Drake genuinely appreciated the wisdom Linde brought to the management course.

“One day in class, I was going over something, and I realized it had a good application to his business. So, I said, ‘Is that right, Mr. Linde?’ And he just took the ball and ran with it from there,” Drake said. “When students hear another voice make connections with real-life work experiences, it just helps them even more in terms of applying it to the subject matter.”

“I would answer a lot of the questions from my perspective, which gave it a nice back and forth. I could show the students how things really work,” Linde added. “And John’s very good. He knows his subject matter.”

In addition to all that he’s learned, Linde said his studies have had the added bonus of benefiting him physically.

“With Parkinson’s, you can retrain yourself and other pathways will take over. My right side is affected and running the mouse with my right hand has brought back function,” he said.

For Linde, though, perhaps the best part of his back-to-school experience has been the incredible amount of support he’s received from his family. With any luck, he said, he’ll serve as something of a role model to his grandchildren.

“Some of them haven’t finished college or gone at all. So, their parents have used me as an example that it’s never too late,” Linde said. “For me, it wasn’t a real bad regret, but it was just something I hadn’t accomplished. When I commit to something, though, I’m one of those people who doesn’t take no for an answer.” 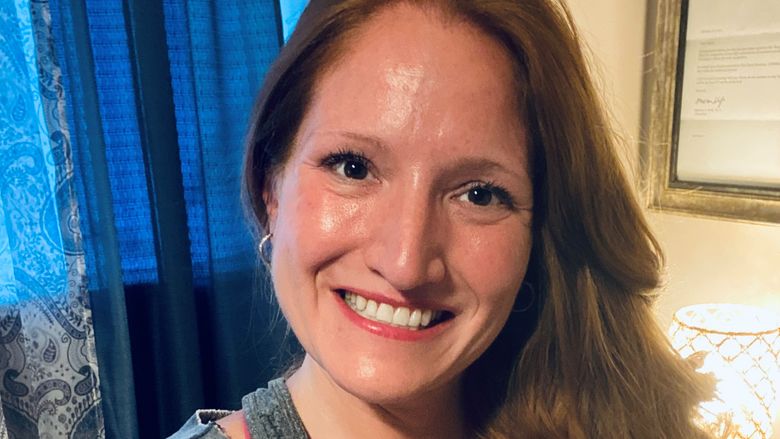 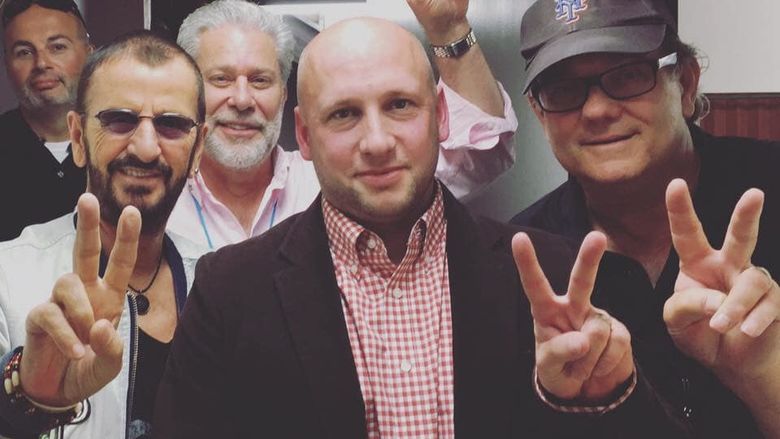 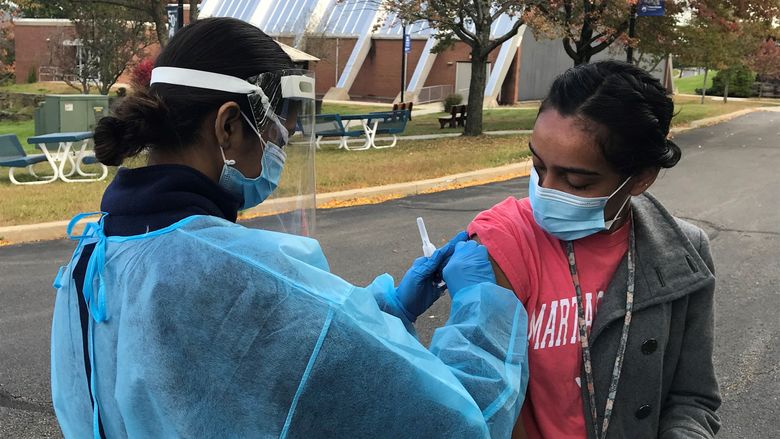