Scott Constantini, director of behavioral health for The Wright Center for Community Health, speaks to students, staff and faculty at the recent Lunch and Learn program on the local opioid epidemic and treatment options.

Hosted by the campus nursing program, the talk featured Scott Constantini, the Wright Center’s director of behavioral health, and Maria Kolcharno, its director of addiction services.

Their lecture touched on the ways in which opiates have been used to treat pain, and the devastating neurological and physiological effects opioid addiction has on the body.

“Lackawanna County has the highest number of prescribed opioids in the state of Pennsylvania,” said Constantini, noting he prefers not to use the word “addict” to describe those who suffer from opioid addiction. After all, he said, it could be anyone you know — moms, dads, grandparents, aunts and uncles, friends, co-workers, etc.

In addition, he touched on the effects opioids have on society and health care providers. Recently, he said, the number of deaths associated with opiates has declined, which could be related to the increased usage and availability of Narcan, the anti-narcotic nasal spray used to reverse the effects of an overdose.

Treatments such as abstaining entirely from the drug is “a recipe for failure oftentimes due to post-acute withdrawal,” according to Constantini.

“Those symptoms can reappear six to even eight months after discontinuing use suddenly,” said Constantini, who uses the Medication-Assisted Treatment approach at the Wright Center.

Constantini also mentioned the Keystone Health Information Exchange, which can track the use and prescription quantities of patients by recording them in a universal database. This allows for the tracking of usage and scripts in order to reduce and eliminate opioid rotation and over-prescribing, he said.

Meanwhile, Kolcharno discussed the Healthy MOMS (Maternal Opiate Medical Support) program, which assists pregnant women who are either addicted to opioids or in recovery.

Taken from a template established by the University of Pittsburgh Medical Center, the initiative launched last year in the Scranton area, and includes the Wright Center among its many community partners.

According to Kolcharno, a pregnant woman can’t just quit opioids cold turkey because it will have devastating effects on both the mom and unborn child.

The program is an important resource for women who, for example, may be in pain during labor, but don’t want to tell their doctor for fear of seeming like they are looking for painkillers.

For those women, Healthy MOMS serves as a nonjudgmental way for them to get the care they need. The program also provides resources like coordination of care, housing and access to transportation.

The program is “trying to break down the barriers” and reduce the stigma of addiction, said Kolcharno, noting the program started with four women but has already grown to include 39 women and nine children.

Another takeaway from the talk was the expansion of the Pennsylvania Coordinated Medication-Assisted Treatment program, for which the Wright Center serves as the local “hub.” The group’s members are continually exchanging information and creating programs to combat the effects of local opioid addiction.

Following the talk, the speakers and audience members engaged in a question-and-answer session focused on topics like patient privacy, Family and Medical Leave Act options for patients, and recognizing the signs of opioid addiction. 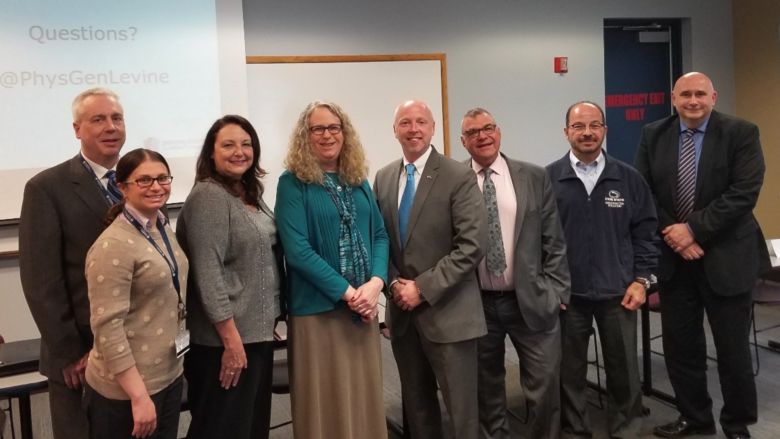 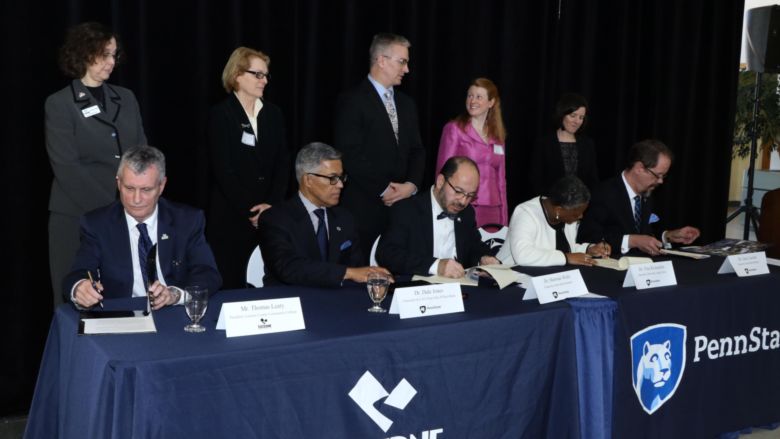