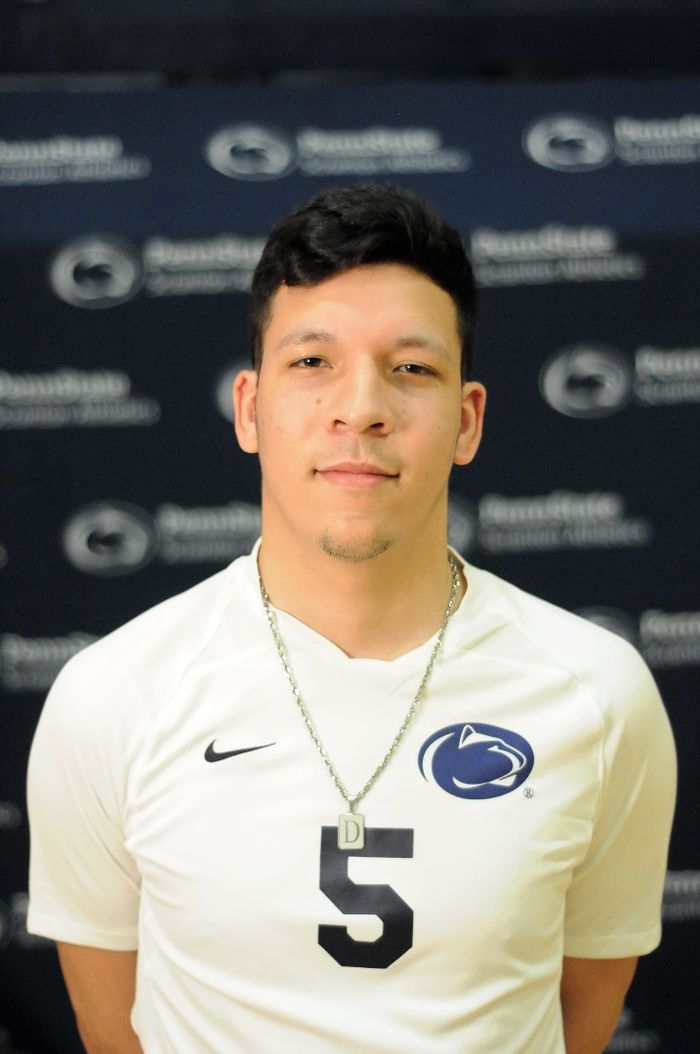 A campus student for the past two years, Romero recently received a $2,000 Science Dean’s Scholarship, which the Eberly College of Science awards to select math and science students in the 2+2 program who are transitioning to University Park for their junior year.

Upon finishing his degree in physics, Romero intends to attend graduate school and receive his doctorate in astrophysics. His ultimate career goal – to work for NASA.

“I feel so honored and happy to have been awarded the Science Dean's Scholars Program Scholarship,” Romero said. “This award will help me proceed with my education in the science field.”

A Scranton resident, Romero first became interested in physics after watching the 2014 Matthew McConaughey film, “Interstellar,” in which black holes play a significant role in the plot.

“I was amazed at how black holes work and how little we know about them,” Romero said. “Then, I was in a NASA museum, and a woman at the counter told me that if I wanted to study black holes, I should pursue physics as my major. I enjoy physics because there is so much out there in space that we don't understand. There are beautiful and amazing things out there that just blow my mind.”

Eventually, Romero decided Penn State’s physics program was the best fit for him. Knowing he would have to finish his degree at University Park, he nonetheless was happy to start at Penn State Scranton because it was close to home and would provide him with the perfect, small-campus introduction to college life.

On top of that, he found “the spirit and enthusiasm” of the campus community extremely appealing.

“When I visited the campus for an open house, I remember that as soon as I arrived, they wanted me to spin a wheel to earn a prize. I really liked that because it showed that they wanted to interact with the students in a different and fun way,” Romero said.

Romero’s campus experience has fully lived up to expectations. He enjoyed the small classes and the close connections forged with his professors, among them his adviser, Associate Professor of Physics and Science Program Coordinator Agnes Kim.

“As a student in my classes and as an advisee, Diego was always engaged,” Kim said. “He never hesitated to ask questions and follow academic guidance.”

Meanwhile, Romero fully immersed himself in extracurricular activities. He was a member of the soccer and cross-country teams, a work-study student, and the treasurer of the Student Organization of Latinos.

He also made it a point to regularly attend campus events, even as restrictions imposed by the COVID-19 pandemic forced most activities to go virtual. And he thoroughly appreciated the campus’ commitment to diversity and inclusion.

“I have had a great experience at Penn State Scranton,” Romero said. “Even though the campus is small, it allows you to have a better connection with the staff and professors. They were able to provide me with the education that I will need to accomplish my degree at University Park. They were always there if I had any questions, or if I needed any of the resources that they could provide. And the staff in the athletics department were also helpful in working with me so that I could continue my education without having to sacrifice playing a sport.”

It’s because of that guidance and support that Romero feels a tremendous sense of gratitude for the campus community as he heads off to the next chapter of his Penn State story.

“It’s a great atmosphere to be in and I will really miss being there during these next two years,” he said. “I just want to give a big thanks to Dr. Kim and all of the professors, staff members, friends and teammates that have helped and pushed me to keep moving forward. Without their support, I may not be where I am right now.”

The Science Dean’s Scholarship program in the Eberly College of Science is supported by the U.S. National Science Foundation (NSF), which awarded $1 million to the college as part of its Scholarships in Science, Technology, Engineering, and Mathematics Program (S-STEM). For more information about the program, contact Adrianne Vasey, assistant teaching professor of biology, at [email protected] or 814-867-4890.