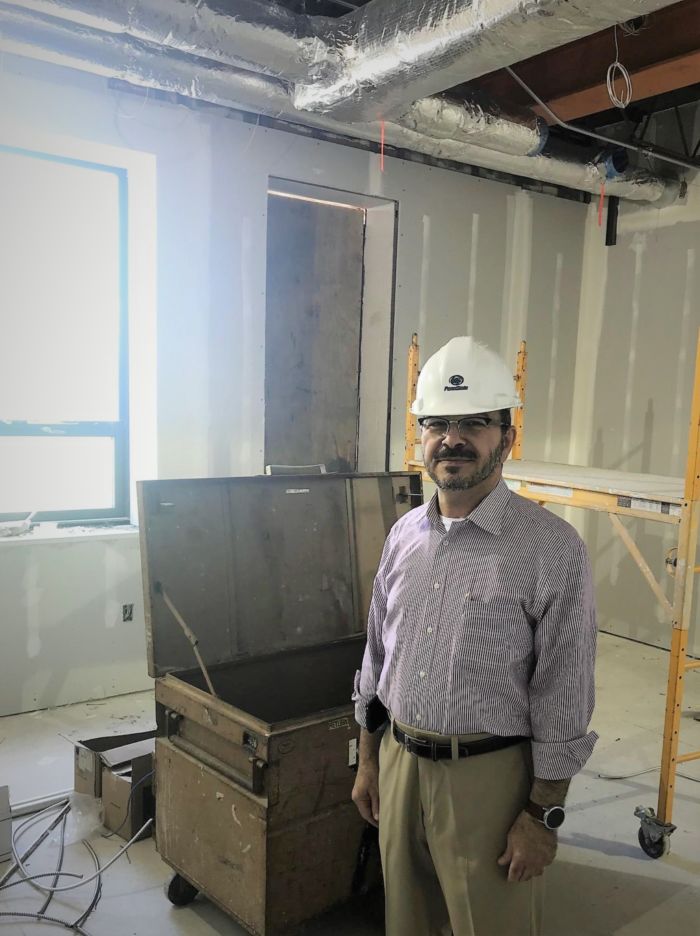 Penn State Scranton Chancellor Marwan A. Wafa stands inside his gutted office on the first floor of the Dawson Building, which is currently undergoing the second phase of its comprehensive renovation project.

But, like any old building, it must be upgraded and maintained in order to continue best serving its residents — in this case, staff and administration offices and classrooms.

This summer, the Dawson Building, named for the campus’ first director, is undergoing the second phase of a comprehensive renovation project, with local construction crews gutting and remodeling its first floor. The project is expected to be completed in time for the start of the fall semester.

This phase of the project follows the 2017 renovation of the 51-year-old building’s ground floor, as well as last year’s completion of the new Information Sciences and Technology (IST) Active Learning and Innovation Lab and office suite on the first floor. For the third phase of the renovation, the building’s second floor will be renovated in summer 2020.

To cover the project’s expenses, the University provided $3 million in capital renewal funding for new heating, ventilation and air conditioning (HVAC) and lighting and ceiling installation. About $2 million from several sources, including the campus, donations and a student facility fund, will cover the rest of the renovations and the purchase of new office furniture.

The project is part of Penn State Scranton Chancellor Marwan Wafa’s ongoing mission to modernize campus infrastructure and aesthetics in order to better meet the evolving needs of students, faculty and staff.

“Dawson is the original building on our campus, and it’s dated. The building was built to serve a function, but not much in the way of aesthetics; it was meant to be functional, not beautiful,” Wafa said. “Our needs have changed and grown, so we need to reflect those new realities by bringing the building up to speed with those realities.”

“This is a much-needed facelift,” added Penn State Scranton Director of Business Services Gene Grogan, noting there have been other renovation projects in Dawson through the years, such as the science labs in 2008 and 2009.

The project includes several elements, all of which are being done as the ground and second floors of the building remain fully operational throughout the summer months.

Like the rest of the building, the first floor will receive new ceilings, as well as new HVAC and lighting systems that will be significantly more energy efficient than the previous systems. In addition, a new fire protection sprinkler system will be added, Grogan said.

With the exception of the physics lab and the IST lab and office suite, all offices and classroom facilities on the floor are being remodeled, including office spaces for the chancellor’s office, development, information technology services, and the word processing center, as well as the floor’s general-purpose classrooms.

Meanwhile, the human development and family studies department will now be in one central location, complete with new faculty offices, a conference space, and a research observation area with two-way glass. There also will be a new art studio that includes, among other things, a kiln for firing pottery.

Before the renovation project, the Dawson Building’s layout was more of a “hodgepodge” that lacked cohesion, Wafa said. Once completed, everything will be in its proper place, and much more inviting from an aesthetics standpoint.

“We want our students, as well our faculty, staff and visitors, to see the value of the building and the infrastructure. As individuals, we have wholeheartedly embraced the concept of being a welcoming campus, and now we want the buildings to communicate that as well,” Wafa said. “I’m thankful our University is supportive of these changes, which will help raise the bar for our campus as we continue to support and provide high-quality education experiences for our students.” 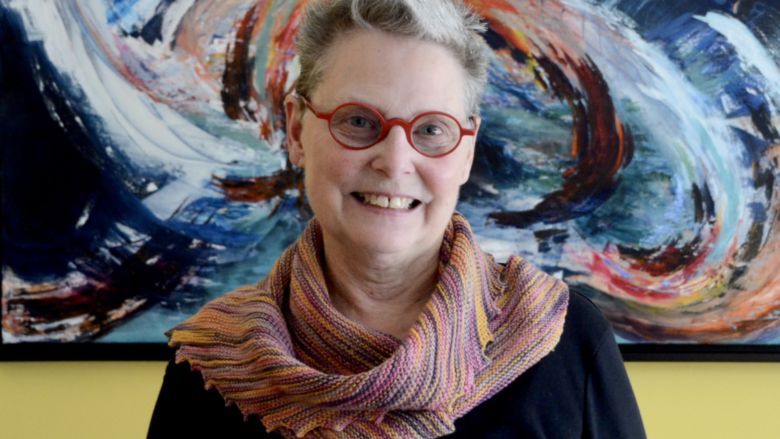