DUNMORE, Pa. — Dale Holen, associate professor of biology at Penn State Worthington Scranton, will be a panelist at The Gathering, set for July 14-16 at Keystone College in La Plume, Pennsylvania.

The Gathering at Keystone College is an annual symposium featuring lectures, workshops, performances and discussions. People from diverse backgrounds meet to explore the creative spirit through the sciences and arts of cultures from around the world.

The theme of this year’s event is “Finding the Better Angels of Our Nature” and offers participants a variety of opportunities to explore ways to find common ground among bitter rivals.

Holen will be one of five members on the panel on climate change, joining a public lands manager, a farmer, a corporate executive, and a fellow educator. They will discuss where to look for areas of agreement on “the world’s most pressing issue. Or is it just natural cycles of weather — no big deal? Is there common ground?”

An aquatic biologist who studies mixotrophic algae in lakes, he has been at Penn State Worthington Scranton for 23 years, teaching a variety of science courses, including evolution, microbiology, lake and stream ecology, cell biology, and the ecology of infectious disease.

He is the 2015 recipient of the campus’ Dr. Richard J. and Sally Matthews Award; a 2014 Research Development Grant; a 2012 Lacawac Sanctuary Undergraduate Research Grant; and a 2009 Wall Street West Stem Infrastructure Upgrade Award.

Holen is also actively involved with a grassroots group in the chemical monitoring of streams within a local watershed and is a researcher at the Lacawac Sanctuary, a wildlife refuge, environmental education center, and biological field station located in the Poconos.

Joining him on The Gathering panel to discuss climate change will be Bernie McGurl, executive director of the Lackawanna River Corridor Association; John Pullo, vice president of corporate development at Gentex Corporation; Liska Chan, associate professor of landscape architecture at the University of Oregon; and Brian Manning, a fourth-generation farmer working on his family’s vertically integrated dairy farm. 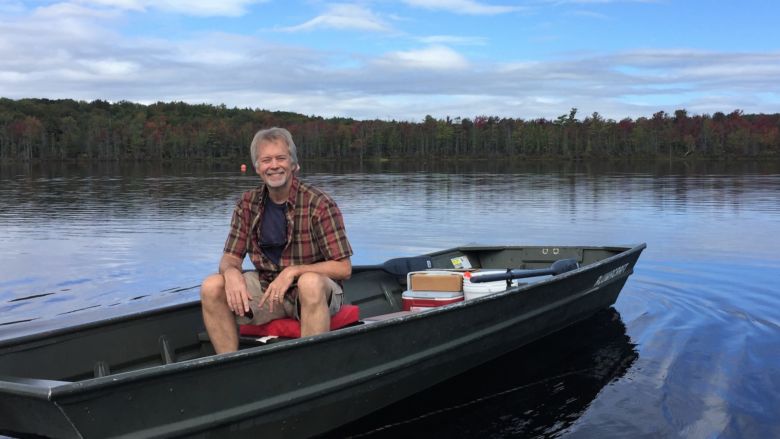