Students learn to fight terrorism with the help of gamification

Timothy Granata pored over the intelligence documents, searching for clues. He knew the papers held intricate details of an international terror plot, and he and his teammates had limited time to decipher the details.

Granata — an information sciences and technology (IST) student who graduated in May — was mapping out a social network of the terrorists’ communication, a task made especially difficult by the aliases used by several of the terrorists. His team slowly teased out the details, eventually piecing together exactly who was talking to whom.

Although Granata said it felt like he was solving a real-life terror plot, he wasn’t. He and his classmates were participating in a gamified project created by Fred Aebli, an instructor in IST at Penn State Worthington Scranton, for Aebli’s Security Risk Analysis 211: Threat of Terrorism and Crime course.

Aebli based the project on an idea originally conceived by the course’s committee several years ago, adding the gamification element to help motivate and engage his students with the class material.

“There’s a big reading component in my course because there’s so much information to cover. In previous semesters, some students struggled to complete all the reading assignments,” said Aebli. “I decided to use gamification to create a semester-long project that would encourage them to do more of the readings.”

Gamification is the use of game techniques — like scoring points — to make an activity more fun and engaging.

Aebli’s project, which he’s done for two years, begins much like the game of Clue: Aebli seals the details of a fictional terror plot — the what, where and when — in a manila envelope, where it remains sealed and untouched until the end of the semester.

The students are then split into teams and tasked with figuring out the plan. After each reading assignment, the students take a quiz. If a team’s collective average score is high enough, they are given access to that week’s batch of intelligence, which can include such documents as police reports, emails, satellite images, phone conversations and government intelligence. Aebli uses Canvas — Penn State’s new learning management system — to release the intelligence to each team once they have high enough scores.

Finally, at the end of the semester and after all the intelligence has been released, each team is given the chance to submit their guesses. If they guess correctly, they are awarded additional points on their final grades.

Aebli said he hoped that by incentivizing students with clues to help them solve a terror plot, they would read more and perform better on the quizzes.

Colin Sposto, a senior majoring in IST, said the project was a unique experience that didn’t make the readings feel like just another homework assignment.

“When the project started, it took awhile to start making sense of the intelligence batches. It wasn't until the fourth batch of intel when our team started putting the pieces together,” said Sposto. “It made me like doing the readings, and I felt addicted at some points reading the intel batches because it was so interesting. I really felt like we were solving a major terror plot.”

Gamification isn’t anything new. Businesses began using the technique as far back as 1896 by asking customers to collect stamps as part of a loyalty program to earn free products or services. But it’s recently became a buzzword in higher education as a way to better engage and motivate students.

The technique works by using gaming elements to tap into a person’s intrinsic motivators. The idea is that students might start out extrinsically motivated — by wanting to get a good grade, for example — but to stay engaged in class, they need to have intrinsic motivation — that is, the desire to do something because it’s fun or makes them happy.

Aebli has seen gamification work first-hand, both in his current role as an instructor and his former role as a Marine.

“Turning anything into a game automatically makes it more engaging,” said Aebli. “You definitely see it in the military. You see engagement go up when you train Marines in realistic scenarios, so I thought, why wouldn’t it work for my students? Why should they have to learn solely from listening to lectures and reading textbooks?”

Aebli’s project gave students the chance to not just read about how to counter a terrorist attack, but actually practice doing it. Getting a high enough quiz score to get access to the intelligence batches was only the beginning — making sense of them wasn’t always easy.

Without solving the problem for them, Aebli said he gave his students hints on how to process the data.

“The students were mostly IST majors, so they were already familiar with working with data,” said Aebli. “Some grabbed dates, names and locations and imported them into a spreadsheet. Then they wrote a function to color code different names and other important info to make it easier to understand visually. I think this helped a few teams.”

Aebli said he wants his students to do well in his class not just for the sake of their grades but also to help them to become better citizens. In addition to helping students understand what terrorism is and how best to counter it, the course teaches students that terrorism doesn’t belong to one country or religion.

“I want my students to come out of the course more engaged in current events and with a better idea of what’s going on in the world,” Aebli said. “Sometimes students come in with assumptions and stereotypes about what terrorism is, and I want them to be more informed and able to think critically about things.”

Now that Aebli has done this project for a few semesters, he said his students do seem much more engaged and that feedback has been positive, along with quiz scores going up.

“I think splitting the students into teams also helped,” Aebli said. “I saw some positive peer pressuring happening, where if a team’s score wasn’t high enough, the students tried to raise their individual scores to raise the team average.”

In the future, Aebli said he hopes to incorporate a new kind of intelligence that uses YouTube. Students would have to first decipher the URL to find the video and then interpret the video’s content. Aebli’s also thinking about tweaking the plot to reflect current events and trends in terrorism.

In the end, Granata and his teammates were able to not only figure out where the attack was going to occur and with what kind of weapon, but they were also the first team in the history of Aebli’s course to determine the exact date.

Granata said the project was a unique experience that he would recommend to other students.

“The project was unlike any other I have ever done," said Granata. “The way Fred designed it made it feel like you were really trying to solve a terrorist plot. Piecing together the evidence over the semester was challenging and fun, and Fred did a great job at getting us motivated to solve a problem that counterterrorism teams work on in the real world.” 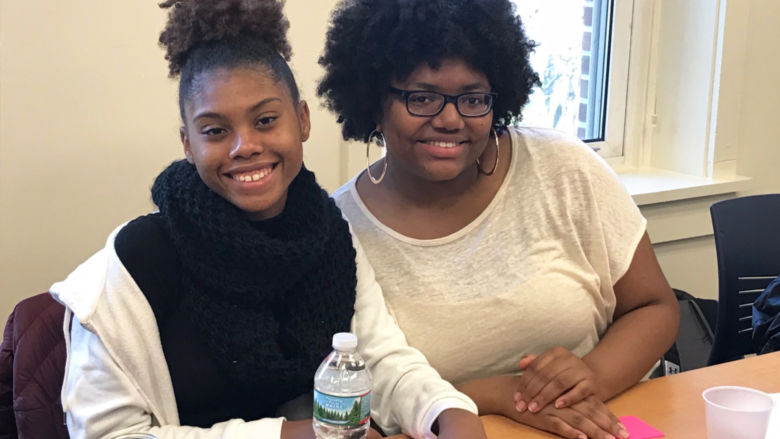