DUNMORE, Pa. – Chris Davis and Matt Giombetti have spent countless blissful hours of their lives over a video game console.

Little did they realize, though, that this shared passion would one day spark their entrepreneurial instincts. Earlier this year, the 2019 Penn State Scranton corporate communication graduates took their lifelong love of gaming as the impetus to start their own business, Electric City Esports.

On Monday, Sept. 28, the pair will provide a glimpse inside their business when Davis and Giombetti give a talk as part of the Fall 2020 Virtual Program Series sponsored by the alumni groups from Penn State’s northeast region campuses.

Their presentation, "From Basement Dwellers to Millionaires: How Esports Redefined a Stigma,” will take place at 7 p.m. on Zoom. Attendees can register for the event at https://bit.ly/PSUNEAlumniEvents. For further information, email [email protected]. 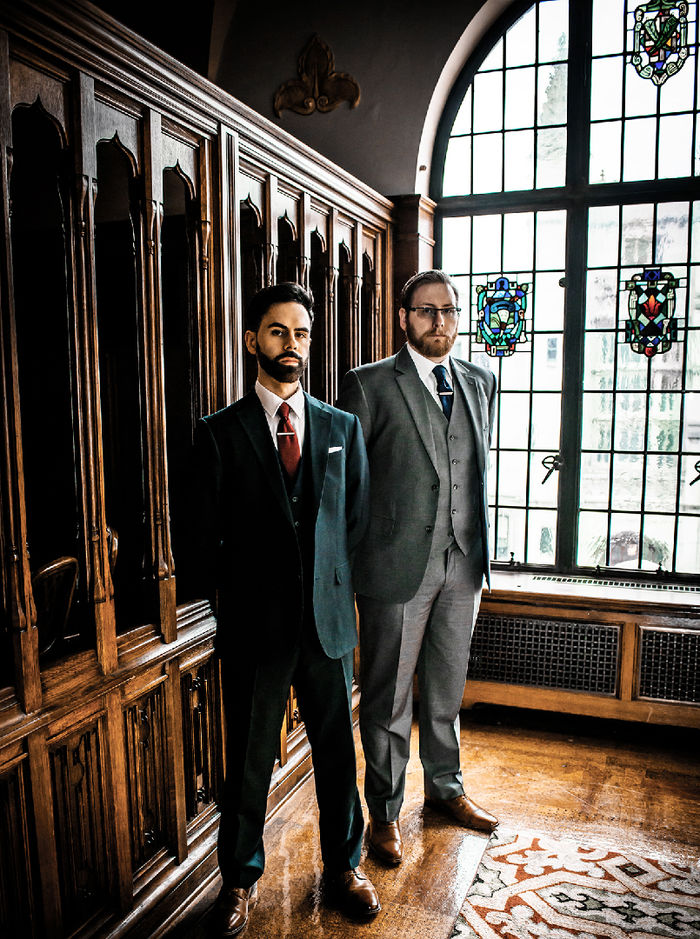 Davis, 23, of Lake Ariel, and Giombetti, 31, of Peckville, started working on the business at the start of this year. On July 3, they officially launched as a full-functioning LLC, which, Davis joked, “makes us feel pretty fancy.”

Currently, their office is an Archbald house under renovations, equipped with the trappings of any nascent startup venture — desks, Wi-Fi and other bare essentials. That said, they’re offering a full complement of services, with a primary focus on assisting colleges implement and maintain their own esports programs. It’s a trend that’s increasingly catching on, including locally, with Lackawanna College having recently established a team.

The business will also specialize in running local esports leagues and tournaments, coordinating fundraisers — in-person and digital — for non-profit organizations, and providing marketing services to A-level gamers who want to expand their streaming audience.

“In the past few years, video-game streaming has taken off, and from all the data we've seen, it's not done growing. We want to help those with a passion for video games potentially make a career or earn some money on the side from it,” Davis said. “We want to create a network for gamers, colleges and other organizations interested in esports.”

“Esports are catching on in NEPA, and we think the potential has always been there,” Giombetti added. “Video games used to have the stigma of kids in their mom's basement; they were a hobby, a waste of time, or something you did on the weekend. Now, people are reaching celebrity-like status for playing video games and being entertaining.”

“We know people can be shy or feel alienated for having video games as a passion, and we want to fix that. We're working on breaking the stigma that video games have carried by showing that it can be a profession and a lucrative one at that.”

So far, it’s been an exhilarating experience for the business partners, although not without challenges – especially now, given the restrictions resulting from the COVID-19 pandemic.

“It's hard to talk about setting up an esports team for a college when the college isn't sure if they'll even have a fall semester,” Davis said. “But, we believe that will change as more people realize the benefits of esports and see its potential in an era of operating more or less entirely online.”

Davis and Giombetti have plenty of campus community members rooting for their success, among them Assistant Teaching Professor of Corporate Communication and Program Coordinator Kimberly Flanders.

“Chris Davis and Matt Giombetti were two of the most driven students I’ve had the pleasure to teach,” Flanders said. “I’m excited about their new business venture and know it will be successful.”

A life in gaming

Like many people in their age demographic, Davis and Giombetti’s interest in gaming was nurtured from an early age. Giombetti spent a good portion of his childhood playing Super Mario Brothers on his Super Nintendo, while Davis fondly remembers getting the original Xbox as a Christmas gift in 2003.

“However, I didn’t develop my passion for gaming until my early teenage years, when I started getting into online gaming with Call of Duty: Modern Warfare 2. I played this game for months nonstop with my cousin and other friends,” Davis said. “The enjoyment I got from socializing and putting my skills to the test online as a video game player really solidified my passion to be involved with the gaming community.”

“Video games have just always been a natural part of my life,” Giombetti said.

The two met during their sophomore year at the campus, bonding over group projects in their courses. It was then that they forged the collaborative process that continues today — essentially, make a plan, assign specific tasks, get it done.

The Corporate Communication program proved to be precisely the right fit for them, thanks to its versatile emphasis on public relations, marketing and business principles.

The program also yielded substantial internship opportunities. Giombetti interned at KKPR Marketing & Public Relations, which is run by campus alumna Katrina Foster. Davis, meanwhile, had two internships — one at the campus, handling the social media for New Student Orientation (NSO), and the other with the Greater Scranton Chamber of Commerce’s marketing/communications office.

“Now, with being a business owner, my corporate communication skills and knowledge are getting used almost daily, whether I realize it or not. So, I definitely believe my background will help me market and grow our business as we push forward,” Davis said.

The Corporate Communication program proved to be precisely the right fit for Chris Davis and Matt Giombetti, thanks to its versatile emphasis on public relations, marketing and business principles.

“Not only did the program give me the skills needed to enter the professional world, but it also helped apply my natural social skills into a refined tool for business,” Giombetti said. “Even to this day, I still use the tools, notes and textbooks from my courses, and if I have a problem that the classes didn't prepare me for, they gave me the critical thinking skills to solve it.”

One of their proudest moments at the campus was helping to initiate a chapter of Lambda Pi Eta, the National Communication Association’s honor society, with Flanders, who both cite as one of several inspiring faculty mentors.

“I cannot thank them enough for the skills, knowledge and pieces of wisdom that I will remember for the rest of my life,” Davis said.

“If I could describe my professors in one word, it would be ‘unforgettable,’” Giombetti said. “Maybe it's because we’re still fresh out of college, but Chris and I often talk about our professors and how much of an impact they had on our careers and lives.”

After graduating last year, both of them quickly landed jobs — Davis with a digital marketing agency in Harrisburg and Giombetti with KKPR, where he continued to be mentored by Foster.

While they both enjoyed the work they were doing, something was pulling them in a different direction.

“I loved the work I was doing, but I hated being away from NEPA and my family,” Davis said. “One day, I just had the epiphany I wanted to do something on my own for work. I had no idea what that something was, but I knew it was back in NEPA.”

Upon moving back to the area in October, Davis met up with Giombetti for coffee. By the end of their conversation, they had decided to go into business together.

Having followed the significant growth of the video gaming industry, they quickly realized they could take their hobby and turn it into a viable business model. Initially, they thought about opening a gaming café.

From there, they turned to the campus’ Scranton LaunchBox business pre-incubator for assistance. There, Penn State Scranton's Center for Business Development and Community Outreach Director John Drake and Lecturer in Business and Economics Frank Sorokach, MBA, advised them to change course and focus on the professional side of gaming.

With their direction determined, they then turned to another campus community member for help — Information Sciences and Technology Lecturer and Program Co-coordinator Fred Aebli, who agreed to design their website.

Currently, Davis and Giombetti are busy meeting with prospective clients and marketing the business throughout the region. Long term, they have a number of goals, including starting their own esports team and building a facility.

“We know people can be shy or feel alienated for having video games as a passion, and we want to fix that,” Giombetti said. “We're working on breaking the stigma that video games have carried by showing that it can be a profession and a lucrative one at that.”

Ever thankful for the opportunities afforded to them by the campus, the business partners intend to stay active as alumni. In fact, Davis was recently elected secretary of the Penn State Scranton Alumni Society.

“If it weren't for the campus' support and the connections I made,” Giombetti said, “I wouldn't be here now.” 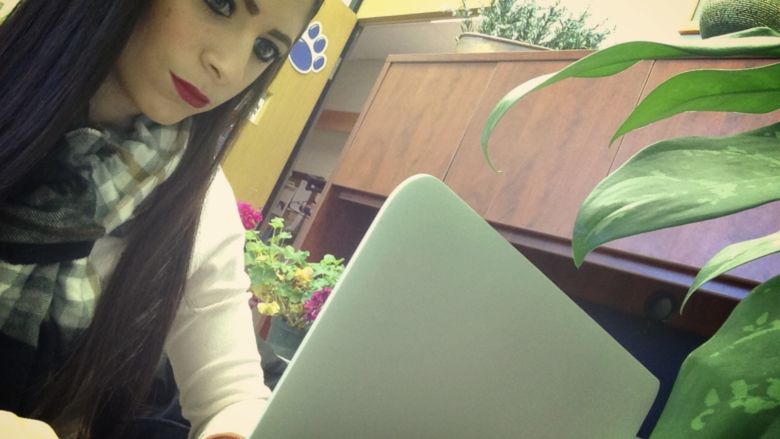