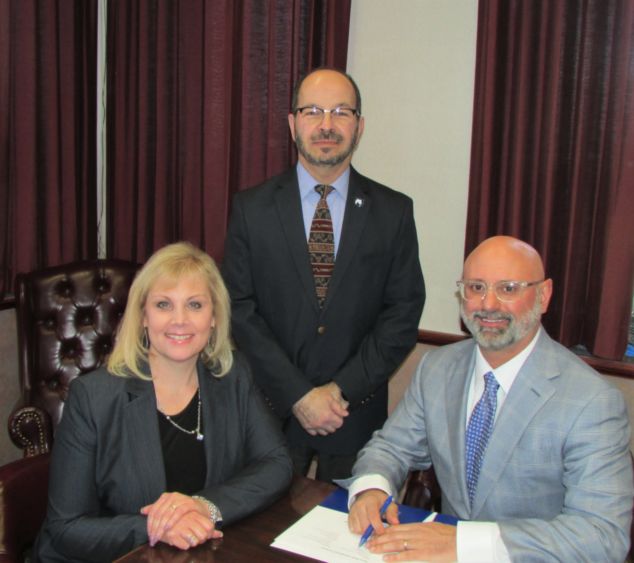 "We are so appreciative of Dr. Hanyon in establishing this scholarship,” said Marwan Wafa, Penn State Scranton chancellor. “Thanks to campus alumni like him, we are able to help support more students in realizing their educational goals. We are so very fortunate for his generosity through his philanthropic support as well as his volunteer service to the campus.”

"We are extremely grateful to Jason for this gift to our campus and the future students that his scholarship will benefit," said campus Director of Development Christine Ostroski. “Thanks to his commitment, Penn State Scranton will be able to provide financial assistance to even more deserving students.”

A member of the Penn State Scranton Advisory Board, Hanyon was honored as Scranton’s Alumni Society 2014 Alumnus of the Year.

Hanyon received his bachelor of science degree in nutrition in 1998 from Penn State, and began his undergraduate education at Penn State Worthington Scranton. He received his doctor of dental medicine from Temple University in 2004, and is a 1993 graduate of Valley View Junior-Senior High School in Archbald.

Presently, he is a general dentist at Century Dental Associates, with offices in Eynon, Throop and Mount Pocono.

A native of Jessup, he currently resides in Archbald with his wife, Alison Alunni Hanyon, and their son Maximus.

This gift from Hanyon will advance "A Greater Penn State for 21st Century Excellence," a focused campaign that seeks to elevate Penn State’s position as a leading public university in a world defined by rapid change and global connections. With the support of alumni and friends, “A Greater Penn State” seeks to fulfill the three key imperatives of a 21st-century public university: keeping the doors to higher education open to hardworking students regardless of financial well-being; creating transformative experiences that go beyond the classroom; and impacting the world by fueling discovery, innovation and entrepreneurship. To learn more about “A Greater Penn State for 21st Century Excellence,” visit greaterpennstate.psu.edu.