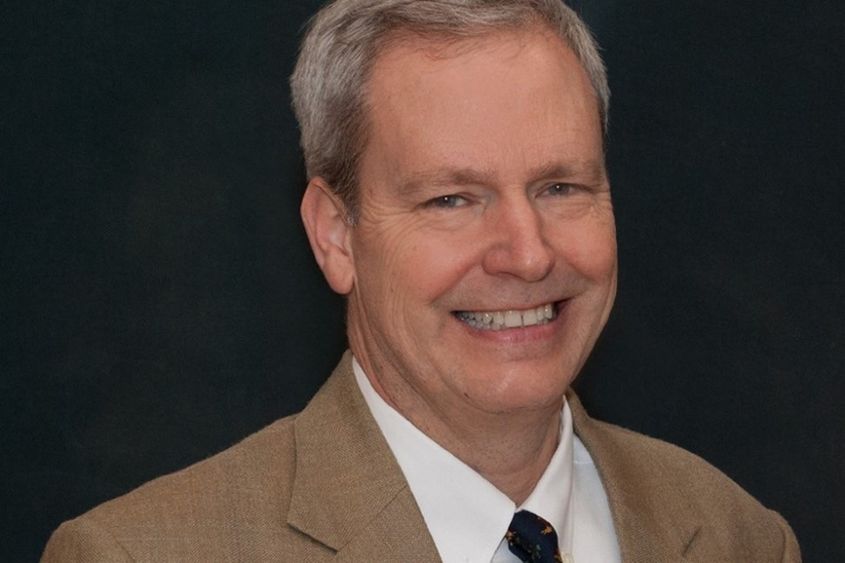 On March 3, Penn State Laureate David Witwer will present "Searching for Jimmy Hoffa: The Disappearance of America's Most Notorious Labor Leader and Why It Still Matters Today" during a virtual Zoom discussion about the infamous teamster's leader.

DUNMORE, Pa. – Nearly 46 years after it occurred, the disappearance of teamsters leader James R. Hoffa continues to captivate the public’s imagination. Next month, 2020-21 Penn State Laureate David Witwer will share some of his extensive knowledge on the subject with the Penn State Scranton community.

On Wednesday, March 3, Witwer, professor of American studies in Penn State Harrisburg’s School of Humanities, will present “Searching for Jimmy Hoffa: The Disappearance of America’s Most Notorious Labor Leader and Why It Still Matters Today,” at noon on Zoom. The lecture is open to the campus community and can be accessed at this link.

Since being named laureate for the 2020-21 academic year, Witwer has been giving a series of lectures across the commonwealth that draw on his scholarly expertise in corruption, organized crime and labor racketeering.

Witwer is currently working on a book about Hoffa, the infamous teamsters president who disappeared in the summer of 1975, presumably the victim of a mob hit. The case was never solved and continues to fascinate the public today.

The lecture will hold a special interest for the Scranton campus, given Hoffa’s connections to the late Kingston organized crime boss Russell Bufalino.

In Charles Brandt’s 2004 book, “I Heard You Paint Houses,” the late Philadelphia teamsters official and Bufalino associate Frank Sheeran alleges to have killed Hoffa. Those claims are dramatized in “The Irishman,” director Martin Scorsese’s 2019 film adaptation of the book, starring Robert De Niro as Sheeran, Al Pacino as Hoffa, and Joe Pesci as Bufalino.

Specifically, Witwer’s talk will focus on Hoffa’s disappearance, why it mattered so much then, and why it continues to matter today. He’ll also examine the federal government’s successful war on organized crime and the shifting fortunes of the blue-collar workers who were Hoffa’s biggest supporters.

“In ‘Searching for Jimmy Hoffa,’ I trace the history of what we know about Hoffa’s disappearance, his involvement with organized crime, and what his career reveals about working-class attitudes towards corruption,” Witwer said. “Hoffa serves as a potent symbol in American culture, tied to our understanding of working-class power, corruption and the role of organized crime. It is an issue that has deep historical relevance and continuing salience.”

“Concerns and debates about corruption have repeatedly shaped our nation’s history,” Witwer added. “My work draws on the mystery of Hoffa’s disappearance to address questions that are fundamental to the role of the humanities. These questions include our conception of what constitutes corruption and how concerns about corruption are tied to apprehensions about power. Hoffa’s story also offers us an opportunity to probe the history of working-class power in American society and the way that power has been depicted.”

Witwer succeeded 2019–20 Penn State Laureate William J. Doan, professor of theater in the College of Arts and Architecture and artist-in-residence in the College of Nursing. Established in 2008, the Penn State Laureate is a full-time faculty member in the arts or humanities who is assigned half-time for one academic year to bring greater visibility to the arts, humanities and the University, as well as their own work. A highly visible representative of the University, the laureate appears at events and speaking engagements throughout the commonwealth.

Prior to his career in academia, Witwer worked for the New York County District Attorney’s Office, and was an investigative analyst on assignment with the New York State Organized Crime Task Force. Later, he served with the U.S. Attorney of the Southern District of New York and worked with the Office of Investigations in the Teamsters Union.

Witwer has written three books geared around corruption and labor racketeering: “Corruption and Reform in the Teamsters Union,” “Shadow of the Racketeer: Scandal in Organized Labor,” and “Murder in the Garment District: The Grip of Organized Crime and the Decline of Labor in the United States.” The latter book, co-authored with Catherine Rios, associate professor of communications and humanities at Penn State Harrisburg, was included on The New York Times’ recommended summer reading list for 2020.

Witwer has received fellowships from the National Endowment for the Humanities and Princeton University’s Shelby Cullom Davis Center for Historical Studies, and his writings have received a number of accolades, among them the journal Labor History’s Best Book Prize.

Currently the 2020-21 president of the Pennsylvania Historical Association, Witwer sits on several editorial boards and committees related to American history. He also serves as director of the Capital College Honors Program at Penn State Harrisburg.