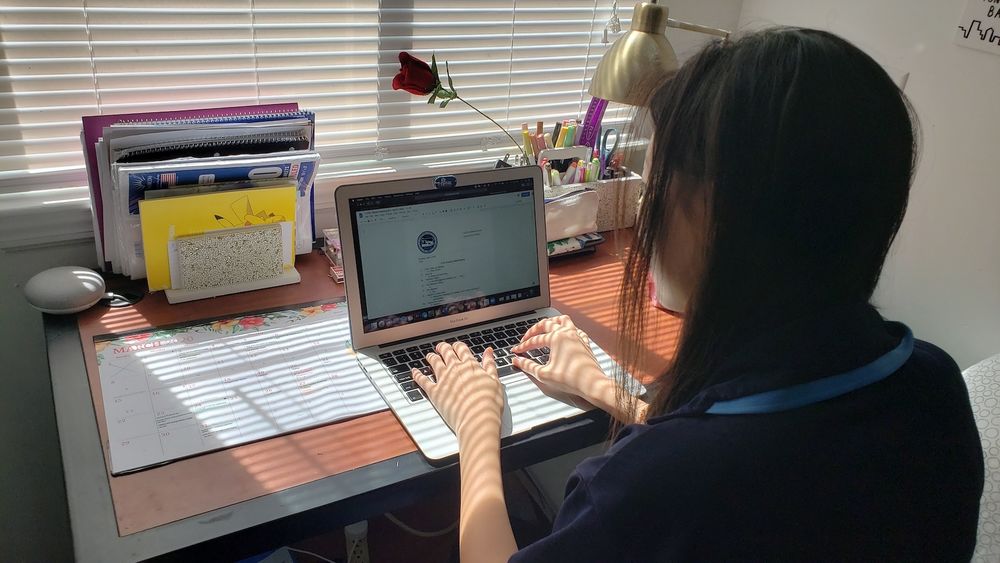 UNIVERSITY PARK, Pa. — Even when college campuses and facilities are closed, student organizations are still able to meet virtually and make pushes toward a sustainable future.

On March 21, the Council of Commonwealth Student Governments (CCSG) held its first sustainability summit virtually through Zoom. The summit hosted more than 120 student government representatives from 19 Penn State campuses. Originally planned to be held in the HUB-Robeson Center, the summit’s purpose was to showcase sustainability efforts across the commonwealth, build relations between campus student governments through discussion around sustainability, and educate the student body on how they can help mitigate the effects of climate change.

The summit was split into two parts: a poster expo and a speaker presentation. Student governments from the Altoona, Hazleton, Scranton and Mont Alto campuses gave 10-minute presentations on how their campuses have been improving their sustainability efforts.

Campus representatives also prepared proposals for sustainable projects that could be carried out with $500 or less in funds, as part of a competition. An awards committee evaluated the projects and gave an award to Penn State Altoona's undergraduate student government. 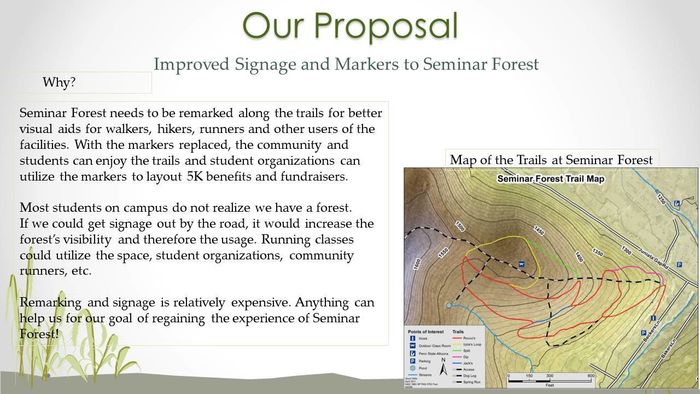 Campus representatives prepared proposals for sustainable projects that could be carried out with $500 or less in funds as part of a competition held during the CCSG Sustainability Summit. The Penn State Altoona campus student government received an award to improve signage and markers for a walking/hiking trail through the campus' Seminar Forest.

Following the poster expo, Richard Alley, Evan Pugh Professor of Geosciences at Penn State, gave a presentation on the effects of climate change and how students can make an impact. Alley spoke of his personal and professional experiences with climate change, particularly his research of glacier ice melt in the 1980s, and connected that back with how this issue impacts students and future generations.

The summit was planned by the directors of CCSG’s Sustainability Committee. Co-director Gabriel Schaefer said the summit was still a success, despite being online.

“Though CCSG went virtual for the Sustainability Summit, the purpose of the summit was very much well-received by the student liaisons who attended, especially during the expo portion of the summit,” said Schaefer. “Hopefully, the student liaisons were inspired by other students' campus sustainability efforts and hopefully they take those ideas and then develop similar programs at their respective campuses.” 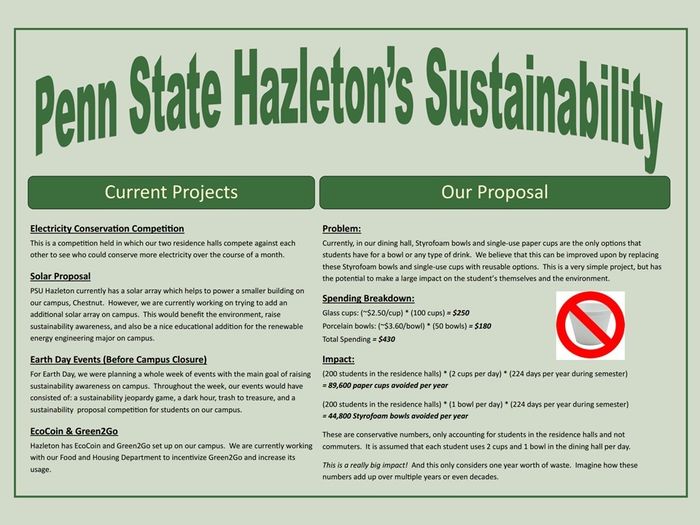 Student government presented a proposal to replace Styrofoam dishes with glass and porcelain cups and bowls at Penn State Hazleton for the CCSG Sustainability Summit, held on March 21.

Kenneth Gatten III, president of CCSG, remarked that the summit was a “resounding success” and is confident that it was educational for all student representatives. Gatten said, “It prompted awareness of climate change and the need for sustainable resource use.”

Gatten represents over 30,000 students across the Commonwealth Campuses and holds a seat with the Penn State Board of Trustees. Gatten said CCSG has advanced sustainable development within CCSG throughout his administration as a result of increasing student interest.

“In the fall [of 2019], CCSG detected among Penn State students a new energy around sustainability, and we responded with vigor," said Gatten.

The summit was part of the organization's monthly council weekend gathering, where students draft, discuss, and pass legislation on issues concerning the student body. On Feb. 1 CCSG passed legislation that made the sustainability committee, previously an ad-hoc committee, into a standing committee within the CCSG constitution. Following Alley’s presentation during the summit, campus government presidents passed legislation mandating that CCSG will operate in accordance to the 17 Sustainable Development Goals (SDGs) and all future events will be planned with respect to the SDGs — a move that other organizations at Penn State have been making to ensure a sustainable future.