DUNMORE, Pa. -- For as long as he can remember, Robert J. Scheller has had a passion for libraries.

“Ever since I was a child, I recall fondly the empowerment associated with learning and discovery, and the enrichment and escapism that they provided,” he said. “It was always a highlight of mine to go to the public library and have ‘library time’ in grade school. It was something I greatly looked forward to.”

Little did he know back then that those idyllic hours among the stacks would eventually serve as the foundation for an unexpected yet happy career change. 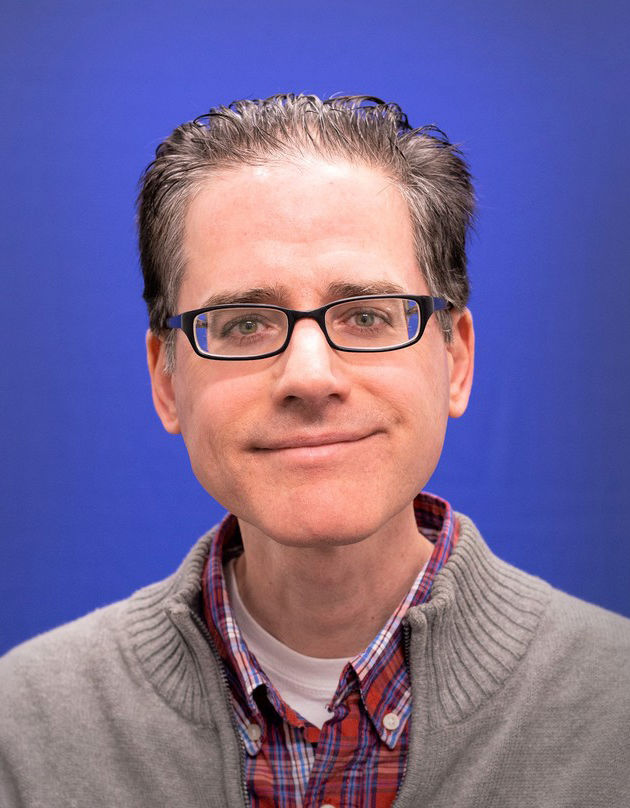 Robert Scheller has been promoted to the position of information resources and services support specialist at the Penn State Scranton Library.

Scheller, who joined the Penn State Scranton library staff in September 2018 as a part-time employee, was recently promoted to the position of full-time information resources and services support specialist. Prior to his promotion at the campus, he had also been working part-time at the University of Scranton’s Weinberg Memorial Library.

Previously, Scheller’s duties at the Penn State Scranton library included assisting students with finding materials, accessing databases and troubleshooting technology issues. In his new role, he has several supervisory functions, among them managing the circulation desk, overseeing the student workers, and ordering and cataloging course reserve materials for faculty. In addition, he assists Head Librarian Jennie Knies with special projects.

Besides being very excited about his new role, the Scranton resident said he also felt a deep sense of gratitude for the opportunity.

“To be able to work full-time in a position that I already felt very familiar and comfortable with was a very fulfilling feeling,” said Scheller. “I’ve expressed that this has really become a new ‘vocation’ for me, because I really feel passionate about working with students, and contributing to the Penn State community.”

Somewhere along the way, he rekindled his love for libraries while doing genealogical research on his family.

“I remember taking out the microfilm wheels and scrolling along, looking at the old advertisements, and the excitement of learning about my family history along the way,” he said.

So, when the part-time position at the library was advertised last year, Scheller felt it would be a “perfect fit” professionally.

“I realized that I could work in a capacity that utilized my research skills, customer service skills and passion for learning all in one place,” he said. “And an academic environment is one in which I’ve always felt comfortable being in.”

Scheller said he’s particularly drawn to the campus’ welcoming environment, as well as its mission of inclusion and diversity. And now, thanks to the promotion, his engagement with the campus community will only deepen, he said.

“I love the atmosphere of the campus,” he said. “I really enjoy the fact that our faculty want our students to succeed, and the staff are very helpful in every way. My colleagues are great to work with -- they are very friendly and approachable, not just to myself but also to the students and the community. I knew from the beginning that they would definitely be people that I would be happy to work with.”