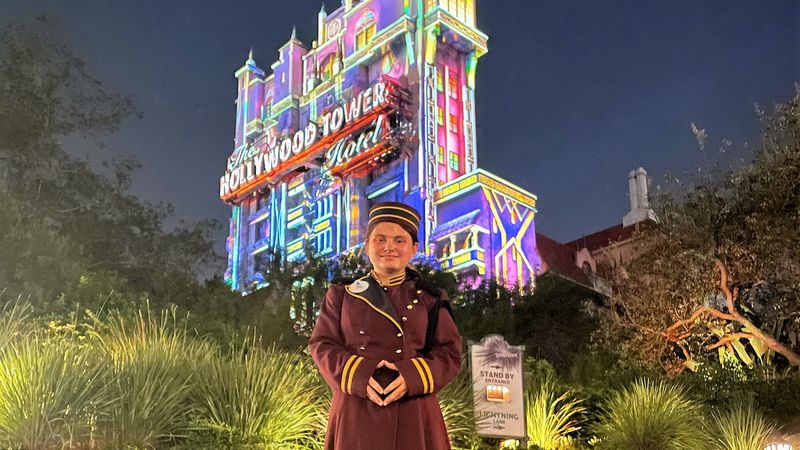 English major Zoe Montagna recently interned at Walt Disney World in Orlando, Fla. and gained valuable professional skills and experience. She credits what she has learned from her English courses for helping her with guest interactions and professionalism.
By: Morgan Sewack

DUNMORE, Pa. – At some point in a college student’s career, they will most likely apply for an internship at an organization in their area of study to gain real-world knowledge and experience and to get a feel of where they can see themselves working in the future.

However, for senior English major Zoe Montagna, she chose to intern at "The Happiest Place on Earth" – Walt Disney World in Orlando, Fla.

Montagna met with her adviser, Associate Professor of English Kelley Wagers, Ph.D., in the summer of 2021, in the midst of the Covid-19 pandemic. While talking about plans and internships for her next semester, Wagers asked Montagna what her dream job would be.

“So we Googled it together, and found out that they have some opportunities for undergraduates,” said Wagers.

During their meeting, Montagna discovered the Disney College Program, a national internship program operated by the Disney Programs division of The Walt Disney Company that offers internships ranging from four to seven months (with opportunities to extend up to one year), and allows participants to network with professionals throughout The Walt Disney Company, take part in learning and career development sessions, and live and work with people from all over the world. According to the program's website, interns will build transferable skills such as problem solving, teamwork, guest service and effective communication.

“She really took it and ran from there,” Wagers said. “In fact, I was the one urging caution after she applied and was accepted:  'What were their Covid protections? Would it really be worthwhile? Was the pay enough?' But she was totally confident, and she was right. It turned out to be a very rewarding experience for her.”

Montagna has been a big Disney fan all her life, but it wasn’t until she got to college that she realized she wanted to pursue a career there. “I chose to take a leave of absence and the University made it super easy to do that,” Montagna said.

During her internship, Montagna worked in Disney’s Hollywood Studios at the Twilight Zone Tower of Terror ride as a ride operator. She credits Penn State Scranton's English program for the vocabulary she learned throughout her courses and pieces of literature that have helped her with guest interactions and professionalism.

“We hear all the time that employers want good communicators -- people who can write, read, and speak with skill, nuance and clarity. Everyone can train for specific roles on the job, but having that foundation is extremely valuable. Our English majors also are excellent ethical and imaginative thinkers, so they can bring those social and creative talents to any team too," Wagers said.

“So, in my view, the translation from academic skills to professional skills is immediate and fairly straight-forward for English majors. As they look for career opportunities, the question becomes how to present those skills as valuable and desirable to potential employers even when they aren't directly asking for them.”

Montagna mentioned that her favorite part from her internship experience was getting to interact with guests and making magical moments in between. “After completing the program, I would definitely say that I want to return to the company one day,” she said.

Wagers hopes that students in the English program will find inspiration in Zoe's story to try something that seems out of reach, knowing they have key skills that employers in every field want.

“I also see in Zoe's experience the confirmation that they don't have to know all the next steps to take a first one,” Wagers said. “Zoe opened a bunch of doors for herself through her internship. She might go back after graduation and climb the corporate ladder at Disney, or she might get herself onto a creative team there or at another entertainment company. Or she might write and publish a short story based on the Tower of Terror -- or maybe she'll do all of those!”

Although there is not an internship requirement for the English major as there are for some other degree programs on campus, Coordinator of Career Services Jon Tobin urges students to understand the importance internships have on obtaining a career after graduation.

“Internships are valuable not only because they help students develop critical networking and soft skills, but they set an important foundation for developing a professional skill set that translates more readily into job offers,” said Tobin. “Students who experience multiple internships or related job experiences prior to graduation further enhance their ability to gain a competitive edge in their job search.”

Aside from internships, Tobin also helps Penn State Scranton students with resume and cover letter writing, effective interviewing and how to choose the right major and career path.

Penn State supports internships financially through the Student Engagement grant program. Students should consider applying for a SEN grant, especially if the internship is unpaid or pays minimally. In addition, students can earn credits toward their major for internships, so if they have an idea or interest, they should see a faculty member to discuss it.

In the wise words of Walt Disney, “all our dreams can come true if we have the courage to pursue them.” 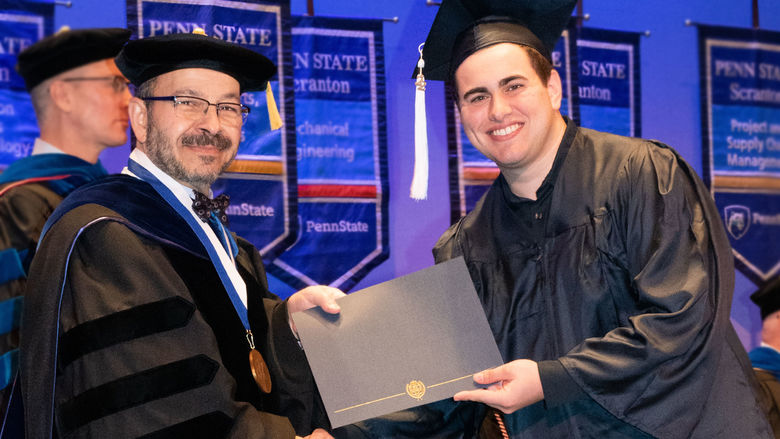 Penn State gives you options to pursue your dreams. 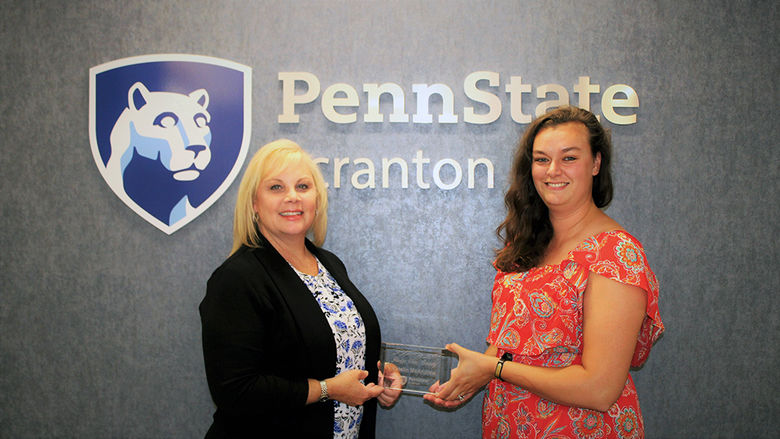