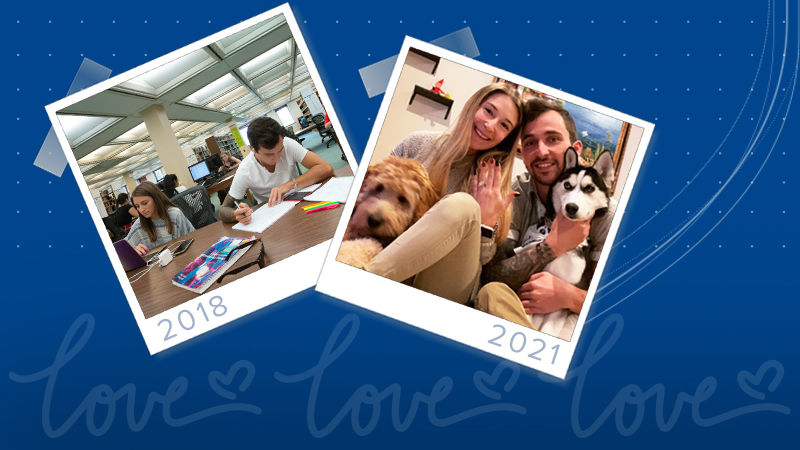 For some college students, one of the things that will happen to them will be meeting their future husband or wife. That's what happened for Penn State Scranton's Coordinator of Student Activities Nikki Paolicelli and Nathaniel Bradley, a registered nurse and marine veteran, who met at Penn State Scranton as undergraduates and are now engaged to be married.
by Morgan Sewack

Valentine's Day is the one day set aside each year for people everywhere to celebrate love in all its forms, and a great day to celebrate the love stories of those we know. Many of those love stories start on college campuses across the country and the world, with young couples meeting, falling in love and, and for those lucky enough to find "the one" so early in life, finding their soulmate and the person they will marry.

For campus alumni Nicole "Nikki" Paolicelli, Penn State Scranton's coordinator of student activities, and Nathaniel "Nate" Bradley, a registered nurse at Geisinger Community Medical Center in Scranton, and marine veteran, their love story began a few years ago, when they were both students at Penn State Scranton.

Neither expected to find the love of their lives prior to attending Penn State Scranton.

“Our relationship began as friends," Paolicelli said, "as we both had lived at the University Commons (a student apartment complex located next to the campus).” It was the fall of 2016 and she had just started at Penn State Scranton as a business major; Bradley would begin his studies as a nursing major a year later, in the Fall of 2017, when they would cross paths.

Outside of the Commons, Paolicelli and Bradley noted that their favorite building on campus was Penn State Scranton’s library, as the two of them would go there to study for their classes together. In fact, a campus photo was taken in the library during one of their study sessions together and has since been used in campus marketing materials.

Bradley said “I always tried for Nikki, as she is extremely passionate in everything she does. Since Nikki and I had always liked the same things and had many common interests with each other, our relationship has grown from there.”

As the two friends continued to grow close, Paolicelli said that they bonded over the same television shows, music, and would often go bowling with their group of friends. They both noted that they did not initially realize how much their bond would grow into the relationship that they now share with each other.

Paolicelli reflected on one of their memories bowling together with their friends, and said “the two of us would pass around a dime to each other, which sounds kind of silly, but it became a common theme of the night just between the two of us, which was one of the first nights that I realized that I had feelings for Nate.”

However, fate intervened when Bradley ended up enrolling at Penn State Scranton instead, drawing them both together and enabling them to meet when they did. After getting to know each other as fellow students, then becoming friends, the two eventually had an official first date -- an outdoor, romantic dinner at State Street Grill in Clarks Summit.

The two reminisced about that night during their interview. “The weather was a little chilly, but beautiful that night, and I am glad that we were able to enjoy each other’s company while having dinner” said Paolicelli.

“The process was over time," Bradley revealed. "Obviously having to ask her parents, so I was scared. My original plans had been changed, so I asked her one night in our apartment, where I set up a rose trail, candles, and included our dogs in on the action.”

The happy couple got two puppies this past year -- Bella, a Goldendoodle, is 11 months, and will be a one-year old on February 25, 2022. Kono is a Siberian Husky, and is currently eight months old.

“It was on a random Tuesday, after I had come home from working at Penn State Scranton, and I noticed how oddly quiet it was in our apartment," Paolicelli recounted. "I was able to hear Nathaniel whispering to one of the dogs, and once I turned the corner in our living room, it was instant tears from there.”

She said she had a feeling the big question was coming soon, as Bradley had been casually dropping hints, such as asking her the kinds of ring styles she liked, making sure he knew her ring size correctly, but she also wasn’t sure if he was just preparing. “I was definitely not expecting it to happen on the day that it did. That was definitely a true surprise.”

As for the wedding process, the two are just in the beginning stages. “We’re still in the planning process of everything right now," Paolicelli said. "We don’t have a venue booked yet, but I also want us to enjoy the moment of being with each other. We are already living together and have our own little family with our dogs, so I don’t think there’s any need to rush right now. I am just excited for when it all comes together. I think once we pick the venue, everything will just fall into place after that. I want it to be outside, that’s all I know so far.”

And of course, one of the things Paolicelli is most looking forward to is finding her wedding dress. “I am excited to go dress shopping!”

More importantly, though, the two are focused on each other and truly appreciate one another and expressed that during their interview.

"I admire that Nathaniel is thoughtful, especially with our family too," Paolicelli said. "He just does little things . . . like coming home to a clean house after work and having dinner made is something I really appreciate. I really enjoy when he surprises me with flowers. I like sunflowers so he will either get me a bunch of sunflowers, or make sure that there is one sunflower in the rest of the bouquet.”

I really just love everything about you," she said directly to Bradley. "Oh, and you’re funny. You make me laugh a lot.”

Bradley said he admires many things about Paolicelli, but most importantly, “she is caring towards all of our family and friends."

“I am excited to finally be able to be starting life, not that we haven’t already, but our next big step is to get a house and start a family," she said. "So, I guess I am just excited to see where that journey takes us. We also love traveling too, so we are going to have some pretty cool adventures together, hopefully with our puppies.” 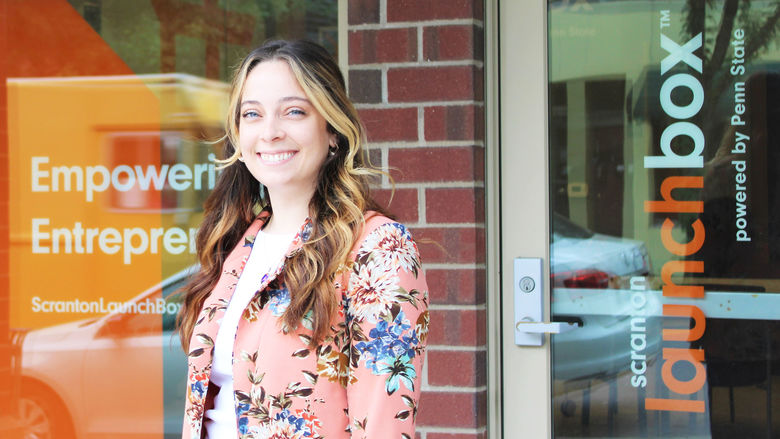 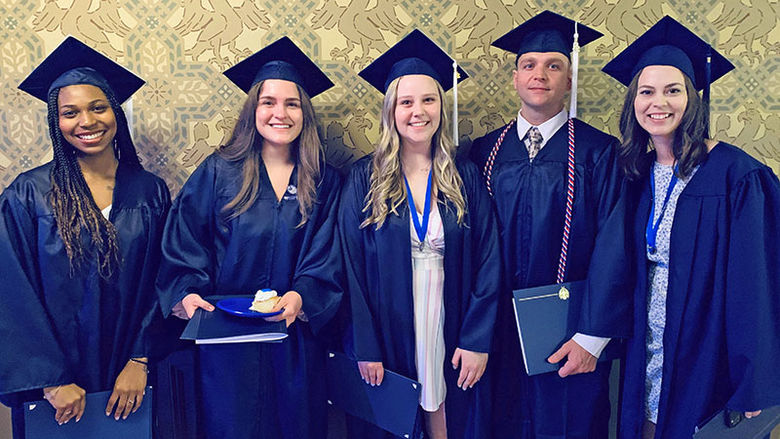 Congratulations to the Class of 2022! 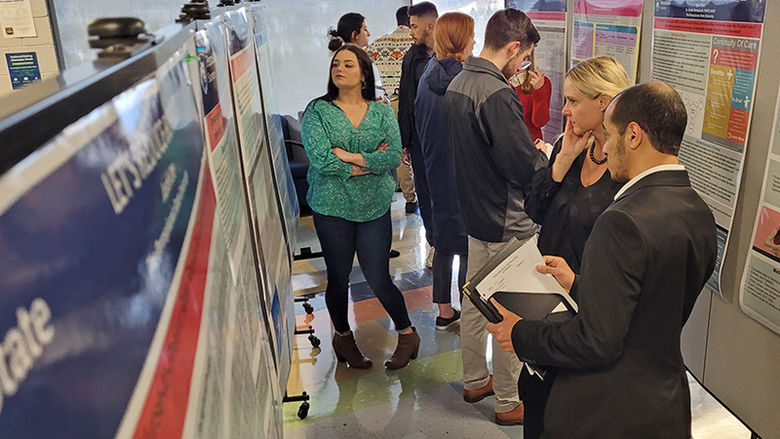